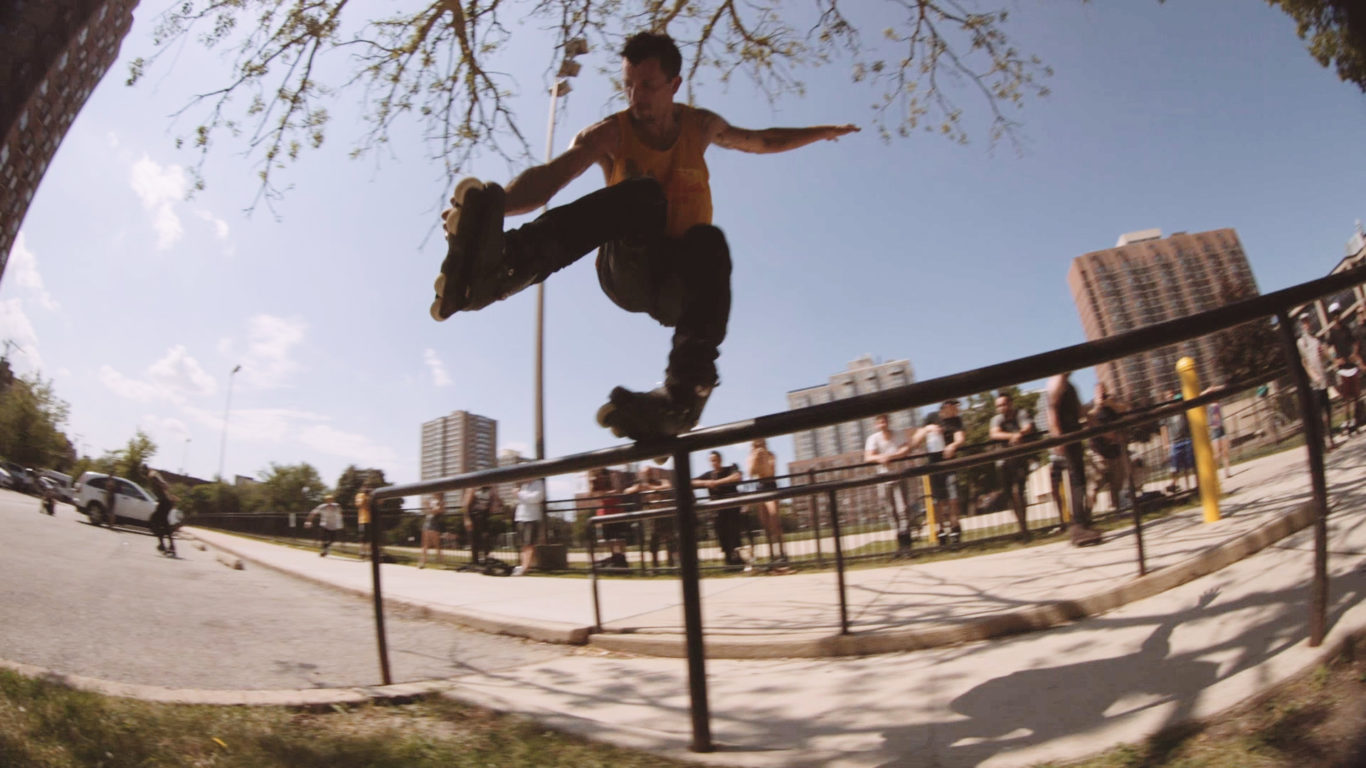 JP Primiano, the man behind the now well-established Butter TV, keeps on delivering impeccable contest coverage. With his latest edit, he focuses on the 20th edition of Chicago‘s infamous Windy City Riot. You read that right: 20 editions of what is arguably the longest running street contest in blading, and well, most probably the world, period. At the end of the day, as winner Adam Bazydlo puts it: It all happens because we, bladers, make it happen!

“Chicago, Illinois — July 13th, 2019. Nineteen years and the Riot is still going strong…very strong. Lots of support was gathered by everyone which was clearly visible by the donations made to the prize pot as well as the amount of people who showed up. The skating took place at four different locations and the entertainment was nonstop—spots that would normally be hit maybe once for a clip were being session’d especially the last which was a big drop ledge and a kinked rail. Afterwards we all celebrated and winners were announced at a gallery of Matthias St. John’s amazing photographs where tons of stories were shared about many of them. Also, we celebrated the release of the magazine: SKIPBOOTZINE. Like always, this was another event that was nothing short of good times and great vibes. Cheers!” – Butter TV

Visit the offical Butter TV website: www.buttertv.com
Get all the new new on the Gram: www.instagram.com/buttertv
More videos: www.youtube.com/channel/UCow2WwGflulBal7grfhlo7A