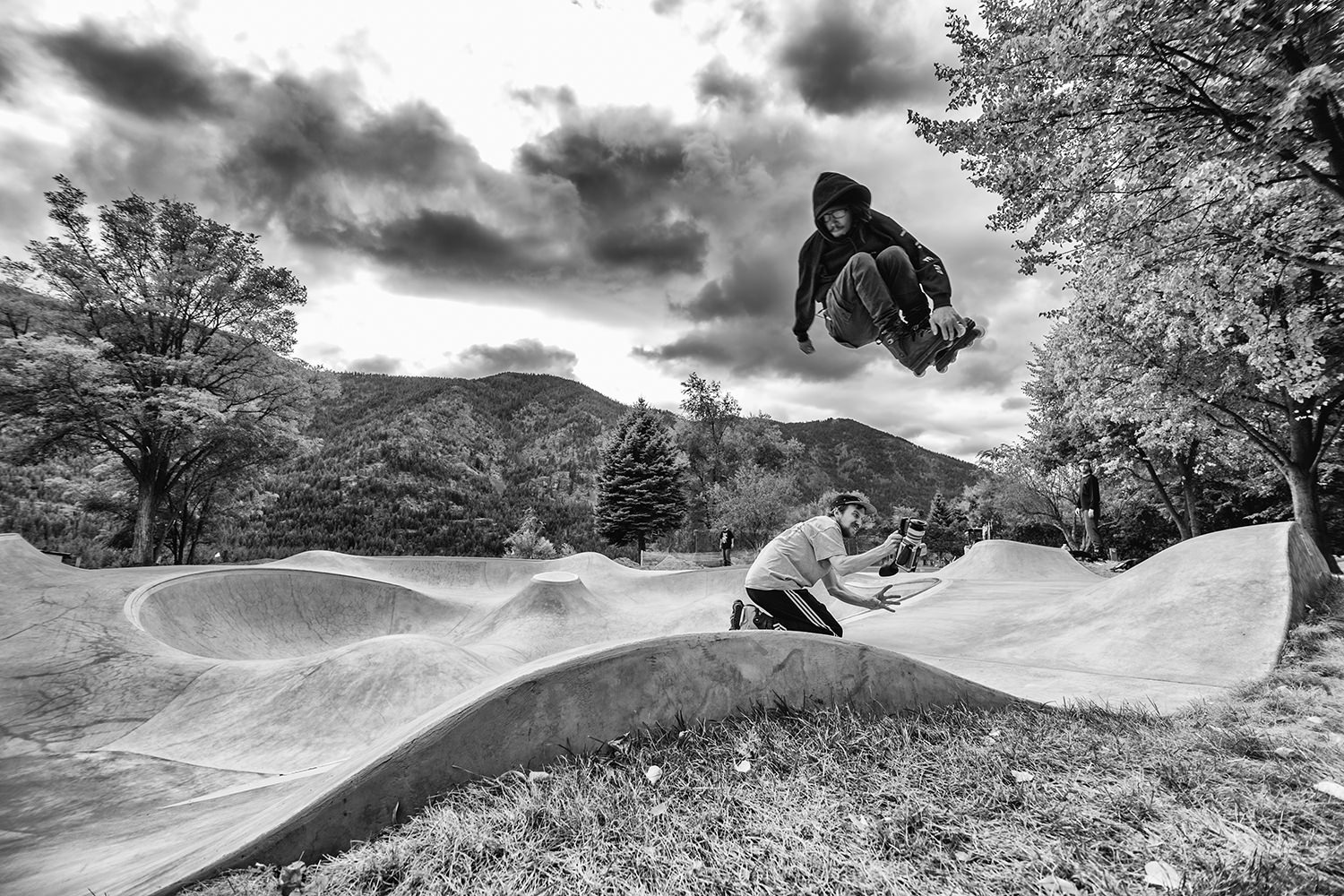 The bacon tour went to Montana this year to check out the new parks in the Bitterroot Valley. The video was filmed and edited by Erich Univer with additional filming by Brad Oz and Dave Hill. The tour consisted of Dave Hill, Teague Knapton, Brady McBee, Octavio Montano, Tyson Hawkins, Jeffrey Lawrence, Matt Lundy, Brad Oz, and Erich Univer.

Bacon Tour attendee, Dave Hill, gave us a quick rundown of what all their crew did during their happenings on the tour.

The BACON tour was started by the Spokane Washington blade crew four years ago. (BACON is an acronym for Bad Ass Crew Of Ninjas.) The original idea of it was that we go on the Northwest Shred Tour at the beginning of the summer and wanted a trip to end the summer with each year. Even though the tour started with the Spokane crew, each year has had different people on the tour from all around the Northwest and other places. These tours have a lot of energy, laughter, good skating and just all-around good times with friends on the road experiencing life through skating and camping.

The Bacon Tour 2019 is now in it’s fourth year and with every year it is quite different and this year’s Bacon Tour took place in the Bitterroot Valley of Montana. On September 20th we met up in Alberton Montana at the first skatepark of the tour. This particular skatepark is so new that it wasn’t even on Google Maps, but the town was so small it was easy to find the skatepark.

On our way out of town we stopped to get a couple of clips on a down stair rail then proceeded to Missoula where we stopped to have dinner at the Dinosaur Cafe before heading off to our camp.  We picked out a group site so the whole crew could stay together and we stayed up late, hanging around the campfire doing typical skate trip kinda stuff.

The next morning we headed south to Stevensville Montana. At this park we had an unfortunate accident occur as Brad Oz, our photographer, slipped out on a cess slide and popped his shoulder out of place and had to go to the nearest hospital, which happened to be across the street from our next park in Hamilton Montana. Lucky for us, some random local who happened to be at the skatepark knew where the hospital was and gave Brad a ride there and the rest of us stuck around long enough to get a few clips in Brad’s honor.

We later met up with Brad and our buddy, Paco, who had drove down from Missoula, at the Hamilton skatepark . Although the place was packed, it was one of the coolest skateparks I have ever experienced, as it surrounded by big, beautiful mountains.

We then went back to our camp and Paco cooked up a feast for everyone and we partied the night away.  On Sunday morning we decided to skip skating the skate park in Missoula and we headed to St. Ignatius instead. On the way to St. Ignatius we stopped at the Garden of 1000 Buddhas. The sun was out in full force in St. Ignatius and we made a final push to get in some last clips to end the trip before we all parted ways.