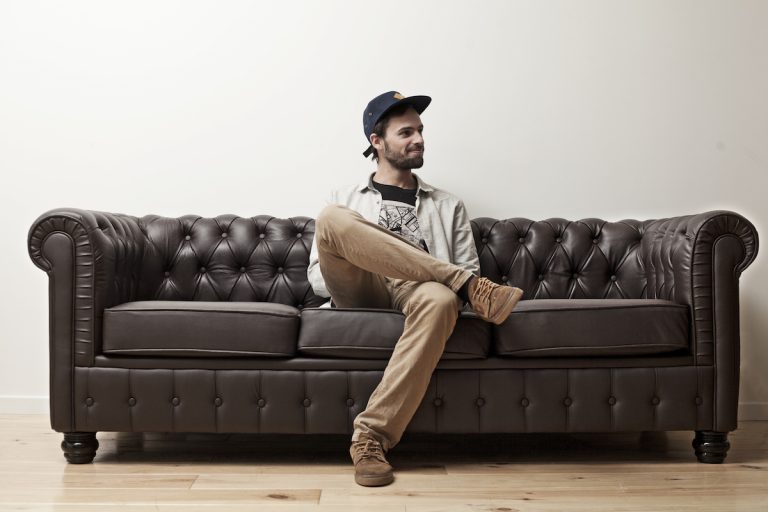 Imagine exposing the creative visions of street skaters like Mathieu Heinemann or Rémy Meister to the eye of an unprepared audience of normal people: could there ever be a more direct way to show the outside world some of blading’s inner truths, and reveal our distinct approach to urban spaces we share daily? Sociologist and hyperactive blade activist Thomas Riffaud answered that question by putting together quite an ambitious project: Off Road Pacing is the name, and to present blading to the real world in a honest and accurate way is the goal.

However, Thomas Riffaud’s approach is smarter than simply collect of bunch of hammer tricks on tape and shove it in people’s faces: using direct interaction and conferences just as much as video, confronting the voices of bladers, urban planners, architects or the normal folks that might randomly walk past a spot, Thomas has created a totally new, hybrid object, as well as a forum for our community to meet the world and speak its voice. But until the full documentary drops in a couple of months, we wanted to hear Thomas’ own voice first.

Hey there Thomas, thanks for doing this with us! For starters, can you tell us a bit more about yourself for those who don’t know you?
I come from Montpellier, a city known for the FISE in the blading world. I am 25 years old and spent 15 years with wheels under my feet. With the help of the JFC crew, I also organise the oldest street contest in France, which is called ESA.

You are also involved with blading in a professional way. What is your work exactly?
Professional way… It doesn’t pay the bills, but I am a PhD student in sociology. I work on activities that use public space as a way of expression. Within this framework I am interested in Street Art, Graffiti but also Inline skating and other urban sports. Since 2013, I have read more books than in my whole life, and written 3 big articles for scientific publications (like, actual print publications). My daily life is organised around some books, a notebook, and my computer but when I can, I go outside in order to skate, take a breath and compare theories and reality. In addition to that, you have dedicated quite a lot of time to a specific project. What is Off Road Pacing, and how did the whole idea start?
It is my last project composed of one show and two films. It started when the director of an art festival integrated in public space contacted me to add a blading show to his programmation. I had to create a show that explains our lifestyle and gives the public the opportunity to discover the architecture of a small neighbourhood through the eyes of a blader. I took the opportunity, as I think that our way of thinking needs to be explained and exposed. Big competitions are needed, but we all know that it is only the tip of the iceberg.

When did this show take place, and who exactly was a part of the project?
The two first steps were made in November 2013. First of all, along with Guillaume Chaboud and Davai production, we realeased a small film that was broadcasted during the festival. Over 40.000 people have been exposed to this video: its aim was to explain to an unsuspecting audience the way rollerbladers alternatively look upon the city. Moreover, we also did three shows in different places in the little neighbourhood where the festival took place. More precisely, 5 skaters (Rémy Meister, Mathieu Heinemann, Hadrien Bastouil, Charlie Ruckly and myself) tried to skate, while Johan Berthonneau explained to the public what street skating actually is (for example, how we choose a spot, what’s our lifestyle like, etc). Several urban planners worked on this project too, and explained both to the public and ourselves how urban space is conceived and built. The whole project is basically a meeting between an unsuspecting public, urban planners, and a bunch of street skaters.

Where do you want to take the project now? What’s the next step?
The last step of a project is always the hardest one… But it is now certain that a retrospective documentary on this original event will be broadcasted worldwide soon. It is edited by Arsène Jurman and ARTSN production. Not only will you get to see original tricks but also interviews of skaters, urban planners, and the artistic director as well. In the next few days I will be working on the diffusion. I have already met some institutions, festivals, and websites outside of blading that are interested. We will see where that road leads us.

Any crazy stories of funny stuff that happened during the event?
Fortunately (or sometimes not…), when you do organise a blading project there are always several funny stories. When we did the first film, the police tried to move us from a spot. We really wanted to film there so I decided to say that as artists we had the authorization to use all places in the neighbourhood. It wasn’t true but it worked and we did get good clips. There is some other crazy stories but I can’t disclose everything here. On the evening of the conference where I had to present the project, we had proof that Montpellier is indeed a party town… I asked my girlfriend, Johan Berthonneau and David Aubert to delete the pictures, but I don’t know if they really did.

Well, all I can say is I actually saw some of these… But will keep them to myself. Drunken pictures aside, when can our readers see more of the project, and how?
They can already watch the first video, but as for the documentary they will have to wait until March/April. At this time I don’t know all the details yet, but I can already announce a nice premiere in Montpellier. After that, I will look for places where people outside of blading can see the documentary, in order to provoke discussions and create a debate. That’s the logic of Off Road Pacing!
As for the internet, I am not really a fan of the multiplication of VOD, even if I do understand the internet from a financial standpoint. If I do find a reliable partner in the next few days, and thus give a decent pay to Arsène, we will share it for free. If not, I think the documentary will be available for download for a symbolic 1€. In such a case, I would say the real profit is for everybody.

And as for yourself, what’s next in your both your personal life, and professional career?
In my personal life, there are some big changes, but I will wait for the Vendée Freestyle Session and Winterclash to announce this good news to all my blading friends. Be-Mag is not the perfect place for this haha… On the professional side, I will work more and more on my PhD thesis. I have to write hundreds of pages, but I will try to find the time to skate and start new blading projects too.

Speaking of that, when can we expect your first column on Be-Mag then?
Whenever you want, I will be proud to share some of my readings, and write a few lines here!

Any last words of wisdom? Thank you’s and shoutouts?
Rollerblading’s force is his heterogeneity. This project is just a way to show something often in the dark. Thank you to all the people that helped me with Off Road Pacing. Especially Arsène Jurman, who gave so much of his time. I have to thank the people that supported the project with their eyes closed: the best French skate shop Clic and roll, and the clothing brand Arcena. They don’t provide you with nuts and stickers only… This is rare enough to be noted. And of course, thank you Be-Mag for this interview!