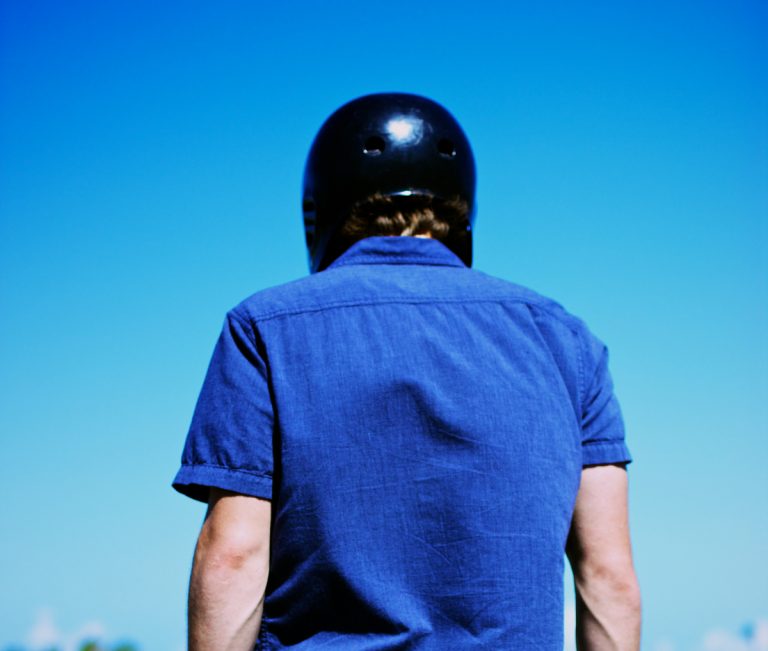 Checking in with Mason Richard

In the span of just a few years, Austin’s Mason Richard made quite a name for himself, with full sections in Brian Moore’s City Never Sleeps and Anthony Medina‘s Swag & Waterloo videos, and the release of a handful of high quality & hard skating online edits to promote his well-deserved sponsors Remz and Ground Control. Producing so much in so little time is an achievement in itself, and even more so when you realize Mason wasn’t even 20 years old at the time.

Back in 2012 however, Mason had to take a step back after suffering a serious head injury and fracturing his skull while skating street. In an unfortunate series of events, he was forced to take an even longer break due to a bone inflammation, which caused more pain in his joints than blading itself ever could. His declining online presence has come to an end though, as the young man is now fully healed and back with a vengeance!

As he recently earned himself the TSS 2015 Champion title, it was high time we caught up with Mason for a little check in: read on!

Hey there Mason, thanks for doing this with us! You have been off the blades for a while, but word on the street is you’re back in the game: how’s the health situation now?
Yessir! From September 2013 to March 2015 I dealt with a bone inflammation disease called Osgood Schlatters. The process is no bueno. I couldn’t blade; the most I could do is icing, stretching, and staying relatively inactive while waiting for it to pass. Now, I’m doing pretty well!

That’s good to hear man! While on the health topic, very few pros venture out of a skatepark with any type of protective gear, but you’ve been known for wearing a helmet while skating street. What’s the story behind that?
Since day one I’ve been street skating. For nearly eight years I skated without a helmet whether it was park or street. I was anti-helmets just like the next guy. In March 2012, I fractured my skull skating street. Had I been wearing a helmet at the time, I would’ve been in better shape physically/mentally and would’ve dodged a hefty hospital bill. Instead, I brought both of those experiences home. There was no permanent brain damage, thank god, and I was well taken care of. For the next year or so I avoided wearing a helmet. Realizing later, I’m not at all up for going through an experience like that ever again. There’s no time to hesitate while blading without one, you know. Kill two birds with one stone. Wear a helmet. Maintain that quality mental and physical health you already have.

Why do you think there aren’t more bladers wearing a helmet? At this point, there have already been quite a few tragic incidents: is there anything you would like to say to encourage people to start wearing one, be it skating street or park?
I’d say more people aren’t wearing helmets because it’s either not comfortable for them to wear or they’re worried about being made fun of. Helmets look fine. You’re rightfully protecting yourself from a grip of painful possibilities. Period. And I know there’s a handful of y’all who low key share this perspective yet still don’t wear one!

I assume that is related to your specific views on longevity in the sport too. What’s your grip on that topic, and how do you think one could one enhance their blading experience through the years?
Our bodies are our temples. Treat your body with respect and it will reciprocate, and vice versa. A general guideline I stick to is to be on purpose. Do all that you do on purpose. Have a plan for yourself. So in regard to health, the same principle applies. I’d say eat more raw foods, realize that the majority of large businesses are more than happy to cut corners on health and nutrition for their economic gain. And that’s nothing new. No one is looking out for your body except for yourself. Be one of the people who actually take charge of their health, not one who will eat whatever and drink whatever is out in front of them. Part of the reason why I care now is because I can feel the difference day-to-day, moment-to-moment and I’m fortunate enough to have the opportunity to eat how I want. Now, in the age of information and one ways to make money, there should be very few excuses for eating poorly.

Back to that blading thing; when did your relation with Remz start, and how did it evolve to the point you’re at now?
Kato and I linked up in the summer of 2007. Mediated by the good man, Kevin Little, of Sic Urethane, Kato started sending me product after seeing a couple of profiles I had uploaded on YouTube.

How does it feel being one of the faces of the brand, along with Nils, Josiah and Haffey? Do you feel any kind of responsibility in carrying the legacy of a historical company like Remz?
It feels great being in the ranks with people I’ve looked up to! Josiah, Nils and I all were and are big fans of each other’s skating. The best part is seeing the new blood on tier 1, with any company. I know the team will be shredding either way so I don’t think about the legacy too much. Also, Remz’s legacy is pretty damn solid already haha.

The legacy is strong, yet there’s a common perception that the brand has been on a decline. Why do you think the image of the company has evolved from being one of the strongest companies in the game, to the way it’s perceived now? And how do you think this dynamic can be reverted?
Remz is the way it is right now for obvious reasons. A lot of things are easier said than done but it starts with the company owners. That’s all I can say. Good question for Kato though.

Fair enough. The scene in Texas seems to be stronger than ever these days, why do you think that is, and how are you involved with the whole blading scene?
Yes man come on over! From the beginning Texas has always churned out notable bladers. It’s probably because Texas’ variety of spots, from the most burley spots to all the little fun, knick-knack spots, giving everyone a chance to go to skate whatever they want, how they want. Evidently, Texas bladers just started pushing. I’m involved in the whole scene through comps and general get togethers. Other than that I just like to blade with like-minded dudes.

Fellow Texas blader Keaton Newsom also happen to be in charge of Ground Control now. How’s your relation to both Keaton and the brand as a whole? Has the physical proximity brought any opportunities your way?
My relationship with Keaton and GC is solid. GC is always down to help, has legendary history and products I love to shred. Keaton and I both are passionate dudes and we vibe on some topics and debate on others so it always makes for interesting conversation.

Speaking of GC, you’ve been seen shredding really hard on the BIG’s lately. How much do you like those? Have they changed anything into the way your approach blading these days, like opening new possibilities for spots for instance?
Thanks man! I love BIG’s. Yes man, no doubt. I get tons of questions about skating them. I’ve skated anti-rocker, tri-rocker, and 8-down with a number of different GC frames and I can easily say I prefer BIG’s. My experiences with wheel bite are way more limited than most people would think. They slide well; they’re light, not to bulky and hold eight 72mm wheels! It didn’t open spots for me as much as it did how I look at tricks. Skating the frames requires a little more focus to how you do your tricks, getting used to them doesn’t take long though. Good times have been had with the BIGs.

What is your take on the recent emergence of VOD in the blade world? It has become some kind of cliché question, however I know you have thought about the topic quite a bit: would you like to share your conclusions with us?
Financially I totally understand the appeal. Some VOD’s could have definitely been better. Most are worth paying x amount for. Due to the evolution of feedback on the Internet, lots of people will be sure to let you know their preferences on price, filming/editing, etc. so if you’re cool with potentially taking some heat for putting VOD’s online then more power to you. It does add a helpful competitive aspect to online content though.

Talking about online videos, is there any chance we will be able to watch a new Mason Richard section soon?
I will have a mini in my friend Foogie’s new flick, “The Comedown.” There’s some cool clips in there.

Besides this, is there anything else your working on? Blade related projects, skate trips, etc? What does the future hold for you?
Yes! I just put out an edit of my 3-week vacation on the Colorado Road Trip and 2-weeks in Los Angeles and San Diego. It’s a fun, fast paced edit, go peep! Also working on AUSTX local edit of all the homies shredding in here. Other than that, I’m working on my undergraduate degree in Finance at Texas State University.

Any last words of wisdom you’d like to share with the world, shout out’s and thank you’s?
Be on Purpose, I AM that I AM, and shred ‘til your dead on or off the blades! Muchas gracias to Be-Mag and all those who support what I do. Respect yourself and speak from the heart, sharing is caring.