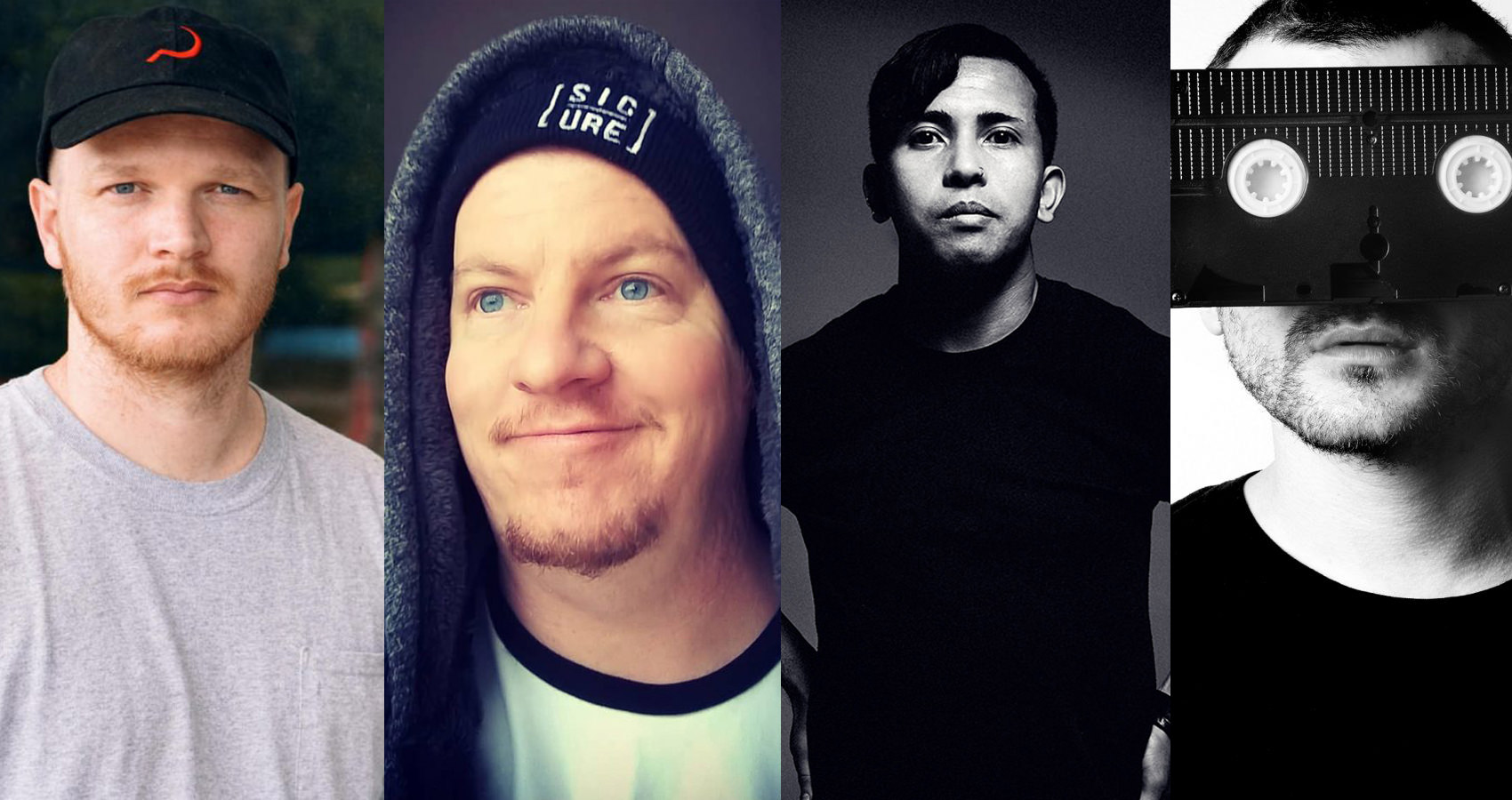 We’ve come to the end of our exploration of the prominent, influential, and personally motivating rollerblading videos that have inspired just a small sliver of our community. There are so many more people we wanted to hear from and so many more we should have reached out to, but c’est la vie.

Our vision at Be-Mag for this series and community polling was to take a historical look at videos you may or may not have known about, to get everyone talking about something subjective as ‘blade videos.’ It’s something that will vary person to person, generation to generation. In another 10 years, who knows what will be considered the best. That’s the beauty of it though. A whole crop of filmmakers and bladers will have made new videos and changed the sport yet again. Here’s to what the future holds.

We close the polls off Friday morning, so do the thing with the words and press send below!

There aren’t many videos that have had such a profound impact on me quite like Mindgame‘s “Brain Fear Gone“. Still twenty years later it gives me that warm feeling of motivation and inspiration that it did when I first watched it as a wide-eyed, inebriated youth two decades prior. BFG has so many elements that make it unique including the foreshadowing video cover, the hidden anagram within the title, the timeless soundtrack and, of course, the revolutionary blading by one of the most talented teams ever assembled.

Jon Elliott‘s groundbreaking profile is still one of my all-time personal favorites with his wild body shuffles, surgically precise ledge rolls, massive gaps and an improvisational style that steered blading into a different direction and opened up possibilities that were not previously thought of. I have always been a huge fan of Omar Wysong and his compact, ninja like style and his profile still boasts one of the best true fishbrains ever done. Then you mix in hammer connoisseur Brian Shima with his fast paced, balls to the wall stunts that set the bar for blading’s amplitude at that period. And to top it off, then you have the G.O.A.T in my opinion, Dustin Latimer! His section was the perfect blend of daring stunts, technicality, innovation and style. The tricks he chose to do were not typical at the time and the spots he chose to skate were not your conventional obstacles. No, they were tar-spotted roof gaps to square rails, sculptures off of water-filled fountains or terrifying highway overpasses.

Although DL seemed to be the star of the show, the surprise profile on Aaron Feinberg at the end is still one of the greatest moments in the long history of blading cinema. When the silhouette cover shot fades away to show Aaron’s profile and the hidden meaning of the video title is revealed, I about lost my damned mind seeing it for the first time! Remembering Aaron’s mach 5 back torque to a bewildered Kevin Gillan sitting below as “Juke Box Hero” blasts over the speaker, literally left me with stars in my eyes. No matter where you are to this day, if you hear that song, you are going to have flashbacks of Aaron making history and ending one of the best videos, ever.

I’ve been mulling over what makes for an influential skate video for weeks focuses me to consider what makes a video imprint itself in that manner – On a stylistic level, what inspired my skating, and on a personal level my identification with the people in it. What I keep running into seem apparent now, but not in it’s time. I found myself gravitating to Mindgame’s WORDS and Brandon Negrete‘s Road to Nowhere every time I sat to write this.

WORDS is going to be on the list of every rollerblader who watched it in it’s heyday, almost by de facto. The level of skating and music stands the test of time. I couldn’t aspire towards the stunt skating when I was younger, but watching Farmer and Latimer, I caught glimpses of influence in what I thought I could do on skates. Get low. Do it switch. Cess slides down things, along things, into grinds. That odd fence, bonk it. This wall, handplant it somehow. Mix it all into a line. All of these became guidelines for how I approached skating moving forward. I watched WORDS for more than stuntsman skating, but I loved it just as much. I just wasn’t going to huck myself for a roof grind or disaster anything. That was something Latimer and Farmer could do intermixed with their more creative skating which makes them that much more impressive. As long as they saw a spot, no matter how intangible, there was a trick to be had. I might not go to a perfect spot, but I could fess out something if I played around long enough. Something I appreciate more as I’ve gotten older.

Road to Nowhere is a less obvious pick. I can see the difficulty in the style of tricks from skaters in the video. It had this punk-DIY rebellion contrast to the established recklessness of WORDS. Not that there aren’t some of those here too. It wasn’t a simpatico understanding at the time I watched it though. What I took away with each re-watch was how much I wanted to be like these skaters – on tour, with their friends, fooling around, being homies and hoodlums in the streets, just looking for the next session. Everyone’s personalities – good and weird – shining through. All on film. Probably most of all, Mike Lily, to a younger me. If it wasn’t the funky, confused smirks and faces he made, it was the infamous line, “I’ll fucking murder your family!” There was a rawness to his skating that translated into the constructed personality in the video. Maybe that’s just self-identification after the fact. Then again, an old youtube account of mine is still up with just Lilly’s section from Road To Nowhere. The overall takeaway felt like, “this is what a video should make me feel like”. These were people I wanted to skate with, hang with, and just get to know; it’s something that I wish more videos evoked today.

I feel I am cliche in saying this, but my first skate video that I owned is my favorite video, that being Mindgame’s WORDS released in 2002. Having it be my first video, I held every video after it to the same standard; I expected that art direction and a narrative of some sorts was commonplace. Matt Andrew’s visual work, especially in the opening of the video, immediately got my attention and kept it; imposing Dustin Latimer on to a faux fashion ad in a magazine or Aaron Feinberg on a dollar bill was just brilliant. And not just for show, the imagery that Andrew’s employs furthers the characters that Shane Coburn establishes within the video. Setting up a duality of good vs. evil, rich vs. poor, etc, was something I haven’t seen since, and is a significant reason in my opinion why this video sets itself apart from the many others out there. And that’s just the art direction aspect of the video. The skating itself was beyond its time, with a young Chris Farmer just etching what would be some of his most iconic sections, Feinberg putting out what would be one of his last, and Latimer evolving into a level that many would see as the early days of mushroom type blading. The score, the filming, the art direction, all combined together is why I consider WORDS to be a classic and a must watch for any skater.

When I first started thinking about what video I would put at the top of my list, it honestly aggravated me. I thought about all the sections and all the different concepts behind the videos. As I thought more and more, my internal conversation switched from, “Oh, that hammer in this section…” or “Man, all the Mindgame videos…” to the memories associated with watching the videos. I thought of the countless times I spent with homies talking about and watching videos. I can hear the laughter and excitement of friends who are no longer with me. Spending those times with them are some of the fondest memories I will have. Not only do I owe rollerblading for giving me those friends, I owe it to all the film makers for giving me even more memories to look back on. I eventually picked the top 3 that evoked all this.

Leading The Blind was monumental to my friends and I when we were in high school. We would watch it before every session. My friend William wanted to be Broskow back then and was on his way to doing so. He is no longer with us, so every time I see that era of Broskow I immediately think William and crazy times we shared.

The Meantime is put together so well! Which is no surprise since it is the work of the late Brandon Negrete. The video in my opinion will transcend decades to come. This video cuts to my youth. It came out when I was 16 and could drive to skate almost everywhere I wanted. Watching this was my pre-skating ritual. Looking back now, it makes me think of friendship and great times.

My friend Nicolai and I would talk about how excited we were for Charg!ng‘s release. The vlogs around this video created so much anticipation. When we got our copy, we watched it over and over. We analyzed all of the skating and tried to implement what we saw. We worked together around that time and would be around each other all night at work, then still want to go skating together the next morning after we got off. Nicolai has since passed and is one of the reasons I skate every chance I get to this day. That was a true friendship, one I will be forever grateful for. It is important to think about how something you create can change someone’s life. All the people who were apart of these projects directly changed my life and countless others. Thank you to everyone who has had anything to do with any project in rollerblading. Get out there and create!