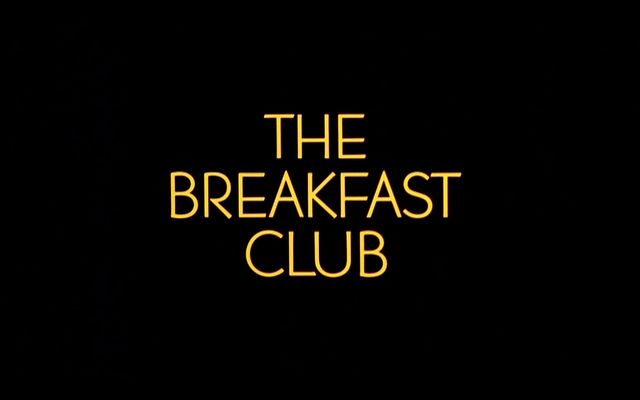 Cavin Brinkman on his Film 'The Breakfast Club' + Official Trailer

Why make a video? Got no better things to do?

I was making online edits for a while with a 3CCD camera and did some additional filming for ‘LOMP’ and ‘AORTA’. When I bought Chaz Sands’ old HD camera I figured it was my time to shine.

For the few people that have missed the last articles on the subject: Where does the name ‘The Breakfast Club’ come from?

The name originates from the ’85 cult film ‘The Breakfast Club’. It’s about five high school kids that have detention on a Saturday and finally become friends. If you don’t know this movie go and watch it, it’s epic. We decided to only use music from that period in the video. Totally living out the mid 80’s style nowadays, yo.

Who was involved in the making of the video?

I started it all by myself and during the process of production the whole crew got involved. Marnix Haak (‘AORTA’, ‘Supermossels’) helped me out with the editing because that’s what he does for a living – besides selling his body on the cold streets of Amsterdam. He has the skills and you got to respect the skills.

If we’d ask you to come up with catchwords that describe the video, would three be enough?

Pump, pump, pump it up… No, seriously… I would say: Fun, friends and a lot of travelling.

Knowing this is a Dutch production we assume this was mainly filmed in Holland. But we’ve also seen previews of Cali footage and you’ve been touring through Germany as well. How important was touring for making this the great video that it is?

Touring made this video. What is more fun and challenging than hitting cities you’ve never been to before, run into spots you’ve never skated before and meet people you never met before? That’s what we think street skating is all about.
Ralf van de Kerkhof and me took a trip to SF and NYC for a month. Finally made my childhood dream come true: to skate the states! We traveled a couple of times to Germany to skate the sickest ditches and other stuff, found some abandoned swimming pools in funparks in Belgium. San Francisco, New York, Oakland, Berkeley, Paris, London, Tours, Lyon, Mannheim, Cologne and of course the big cities in Holland – we’ve done them all.

Could you describe the feeling you had while working on the piece? Did everything work out according to plan? Or is the video a result of ‘everything falling into place’?

My life consists of traveling a few days just to skate or see a band play in a city where you maybe know one person and sleep on couches next to total strangers that become friends along the way. The making of this video felt pretty natural to me. Till this day I’m still figuring out what the hell I did… During the editing I realised I actually did something pretty awesome for a kid with a camera and not so much money. I travelled the world, met a lot of good people and eventually yes – everything fell into place in this video.
Of course you’re always struggling making something like this. The van for the tour that got cancelled two days before tour, Timmy quitting the project – what I still think is a shame – Bojd fucking up his ankle. But that’s all part of the game, I guess.

Whom is going to have profiles? Any special mentions for ridiculous tricks or death-defying moves?

The original ‘Breakfast Club’ exists of 5 people. So I took 5 “random” skaters and made one happy family. Of course, like in the original movie, some people break up with each other so I had to change the line-up.
It all started with Wim “Toefke G” Geurink and Frank “de Bolle” Knop from Arnhem. I know these guys from back in the days and I love their skating.
Then I asked Marnix to join the team and he answered, “because of the little time I have I would say no, but knowing you this project will be an awesome, gnarly, once-in-a-lifetime thing so fuck it! I will rock my skates one more time!” Madness.
Bojd Vredevoogd joined the team while taking photos of all the skating going down. Bojd is a really shy guy that doesn’t want to be in the picture so I figered, “Let’s just film this guy and don’t tell him I am making a profile of him”. The day I told him he was getting a section he fucked up his ankle. FML.
Then I chose Timmy van Rixtel because this kid deserves a good part in a video. He fucked up his ankle during the filming, too and we went through some rough times and decided to split ways. To fill his spot I picked young talent Robin Bosgra to complete our team. He is gay and known for his tight dance moves. Shuffle King Galore aka the Boogie Wooggernaut.
Fancy skaters like sheepfucking Eric van Boven and Wouter “The Cannon” Schokkin joined us a lot of the times, and we made a new friend in Germany – the country that stole my grandpa’s old bike – called Patrick “Anaaal” Ridder. I decided to give these three guys a triple part in the DVD.

Are you satisfied with the final product?

No. Yes, of course… I’ve had a goal and that was to premiere the video at the Winterclash 2012 and that’s going to happen. We had to stop filming in December, and we even filmed some clips with Marnix and Robin in January just to make their section more perfect.
I am very excited and happy with the end product. Turned out really well!

Why should one get your video?

Raw street skating, 80’s music, sex appeal, a bunch of lads cruising around Europe and the states, skating and having fun.

When will the DVD be available? Why you no online release?

The video will premiere at Winterclash where we will also sell a Limited Edition run of 150 copies. After that it will be available in various skate shops all around the globe and you can also order the video through email.
I would like to quote Don Bambrick on the the question as to why we didn’t do an online release: “I hate it. I know it’s different times but I like to own something and be able to hold it.”
And that’s exactly how we think about it. You can actually put this DVD in your DVD player, press play and watch it. And after 6 months you see this DVD lying around on your filthy floor and you can put it in again. And again. Online films you forget. So that’s why we makie no onlinie mofie.
Thanks to Valo and Thisissoul for the sponsoring and Ralf van de Kerkhof and Derk Alberts for the artwork. One team, one year, many places.

February 10th, Winterclash 2012 at Area51 in Eindhoven, Holland at 10 pm at the bar upstairs