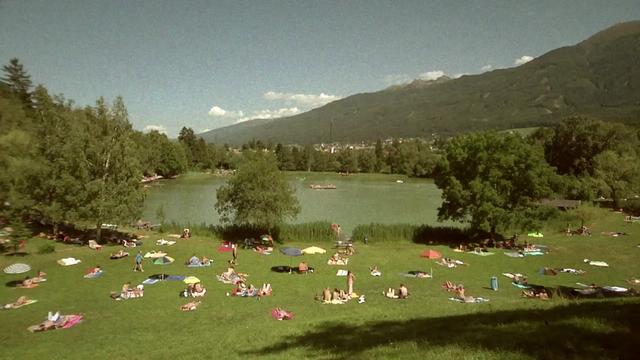 Jonas, congrats on ‘Traitement’ winning the Danish Adventure Film Festival! Did you see it coming?

To be honest when I heard about the competition, not really… I thought it might have a shot at winning best Danish film.

Please tell us, in which category did ‘Traitement’ take the win? And how did the film perform in the other categories it had been nominated?

Ok, so it was nominated for every category, except best short. Six categories all in all, but not mentioning runners up – so I can only say how it did in the ‘Filmic prize’, which it won. The other awards counted: ‘Best Film’, ‘Best Action Sport Film’, ‘Best Short’, ‘Best Danish Film’ and ‘The Jury’s Special Prize’.

What made ‘Traitement’ win the award in its category? Was it so fundamentally different to its competitors? Was it luck? Home field advantage? Filming something so spectacular with such a low budget?

Definitely home field advantage, plus I promised the jury they would get a Be-Mag subscription. How do you win over bigger and better? In this case by not trying to. Following your heart, seeking your own style – and transforming your limitations to strengths, I guess.

What were its competitors? Anything we should have heard of?

The most mentionable and the ones I went to see at the festival: ‘All I Can’ that won ‘Best Film’, ‘The Art Of Flight’ and ‘LifeCycles’ which both won ‘Best Action Sport Film’ – all amazingly breathtaking productions. 19 films from seven different nations were nominated.

Did you have a storyboard for Traitement before you started filming or did you develop the ‘storyline’ later?

I had written down what I thought would be important before I started the production, then I built on that along the way.

Have you been present for the screening of ‘Traitement’? How did the audience react to the film?

Calmly, though two guys wanted to get skates and experience the rush of facing handrails.

Did you notice a difference in perception from people that are not usually confronted with Rollerblading videos?

Well, one of the jury members was very honest when saying she didn’t expect much from “Inliners”. This was the first time a blading film entered the fifteen years running festival.

The fact that you won a film prize is an amazing reference for you in any way. How big of a deal is the Danish Adventure Film Festival? How will you take advantage of this? Are you pursuing a career in Film Making?

I don’t know how big of a deal this will turn out to be for me, right now I can only say it’s a step in the right direction!

When looking all the way back in time from the project slowly taking shape 2 years ago to the film winning the Danish Adventure Film Festival, what has been the most exciting moment for you during the time in your life that most definitely was tinted ‘Traitement’ to a large extend?

That’s a tough one… It’s been amazing to travel, film and meet different faces of great blading. Seeing all your efforts come together in the final work can make you lost for words.

Are you personally satisfied with how ‘Traitement’ came out?

Yes, I don’t believe I would be where I am if I wasn’t satisfied with how it came out.

Moving to Hollywood now? Where do you see yourself headed next year? ‘Traitement 2’, possible?

I think rollerblading is in a very exciting time, Hollywood is more on the repeating end right now. I will never do a ‘Traitement 2’, I will do something else.

Whom would you like to see taking a leading part in your future Rolling films?

The future of Rollerblading.

For ‘Traitement’ you travelled all over the world: Paris, Copenhagen, Chicago, Innsbruck, Barcelona and NYC. Based on your personal experience please come up with one statement for each city that describes its lifestyle the best.

Copenhagen: big city vibe in a not so big city

Considering it from a filmer’s perspective: Which city delivered the most impressive shots?

Gonna have to go with Paris.

Where will you be going for your next flick?

I have yet to explore Asia… but don’t know for sure.

So we all watched the Oscars at least once in our life and know how it goes for the winner… Your speech of thanks, please!

I promised myself I wouldn’t cry… So I’m gonna keep this short; thank you!

Wanna scoop up a copy of this award winning film for a rediculously low price? Check out our online shop here. More info on ‘Traitement’ on Be-Mag here.