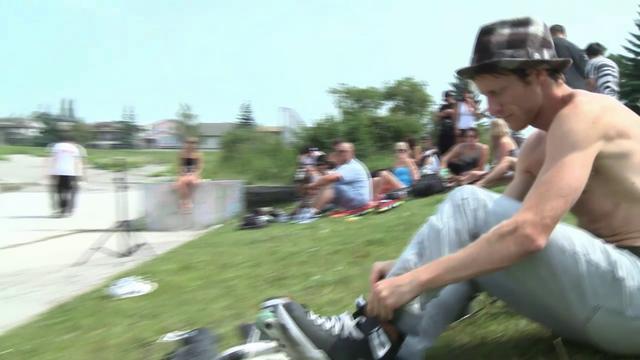 What is King of the Street

The thing I like most about this event is the judging system. Unlike any other comp, K.O.S has no drama when the winner is announced because the crowd and the skaters get to vote. After the last spot Tom collects all the votes and puts them in a highly secured box, usually made out of titanium or real gold. The box gets opened at the after party where Tom pulls the votes one by one and marks them on a board while keeping every one in suspense with his amazing MC skillzzz. The top three skaters and the best trick gets rewarded with real CASH prizes, provided by the competitors and Tom himself. The winner becomes King of the street for the year, gets his name engraved on the biggest trophy ever, and gets a custom K.O.S belt buckle to take home.

The after party is another crazy event where people get even wilder than they do on the streets. The after party is always hosted by the one and only Jesse “Karma Concept” Karma. The Party is called the Karma kegger which was initially a separate event to celebrate Jesse’s birthday but over the years it merged with K.O.S after party to make the biggest and hyphiest party of all times.

I can easily go on about this whole event for hours but unless you have experienced K.O.S, words will stay words.

So if you want to celebrate and enjoy Canadian rollerblading at it’s finest, you got to be there next year.