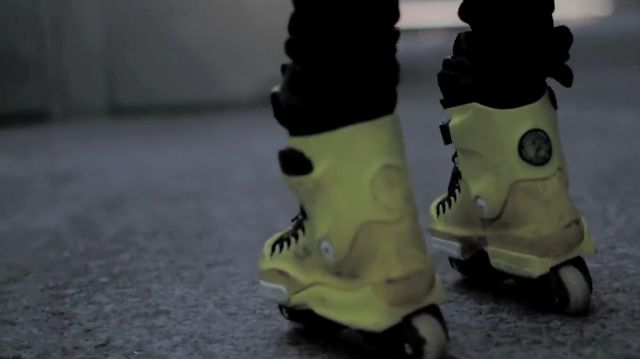 Write-up and photography by Ben Richards
Edit by Anthony Rowe

Lots of Portland area locals made appearances along with some folks from Seattle. Not as many people showed up as I was expecting but there was still a decent turn out. The places that were chosen for the comp were classic Portland spots that were sure to challenge the riders whom have skated them before.

The first spot, the meeting spot, was a pretty chill curve ledge that is favored by many of the locals. With showing up a little late, and having to fix my flash chord and chatting with friends, I only got a few usable shots.

The second spot was a spot definitely stepped up the level of difficulty, with a fat down rail and a high down ledge. Lots of tricks and shots were had. This is where the comp really got going and those that were there to win started to shine. Lots of spectators and motorists got a good glimpse into what rollerblading truly is.

The final spot was one to be reckoned with. It was a huge steep down rail with a slight curve to the right. This rail is a beast. This is truly a spot where those who want to prove their worth could do it.

In the end, Jon Mathis took home the win followed by Andrew Nail and Dustin Jamieson. Jon sealed the deal with a 270° top soul and seemed pretty stoked to take the top spot. Feinberg didn’t want to leave all the glory to the competitors so he contributed to the madness with a back royale, and a gnarly topsoul to soul to topsoul and fishbrain. The dude’s still got it.

All in all it was a chill comp. I’d like to see it take place again next year. If you weren’t there you missed a good show. I think Shane Saviers even made an appearance. I saw that Nail got some Dave Ortega FR anti rockers from God knows where. Lots of things are coming back these days…

If you can, be sure to make it out to the TacTown Takeover on August 27.