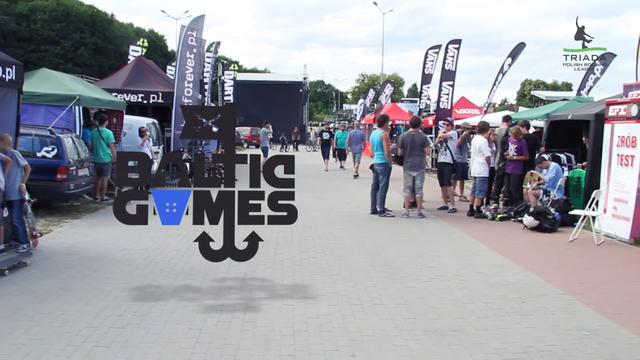 The competition was planned over three days: Thursday were prelims, semi finals on Friday and Saturday the finals and a best trick contest took place. While this isn’t very common nowadays, it matched the idea of the whole festival and gave the riders a chance to get familiar with the park accurately. Some of the riders took the first two days rather calmly just to burst full force at the finals while others sucked in the everyday after-parties, ended imprisoned in local arrest and were let out just for their runs in finals (Nils Jansons & Josh Glowicki) – pure Rollfest atmosphere!

The Saturday finals were pretty intense with Nils Jansons, Scott Quinn, Piotrek Combrzynski killing the highest extension wall and throwing some huge spins/airs over the funbox. Alex Broskow kept hitting the obstacles that nobody else wanted  to skate. His perfect Bs Royale up to True Makio down the triangle grindbox or Backslide on the flat part of the kinked rail landing on the ground scored him 3rd place. Erik Bailey surprised everybody with his disaster Frontside Torque on the kinked rail and sick 720 Corkscrew followed by Ao Fish and Ao Top Acid on the extension wall which all earned him 2nd place. Piotrek Combrzynski took the win thanks to the most fluent lines, no falls and him using the whole park.

After the finals there was an open best trick comp, where everybody could test themselves. The form of the best trick was one of the best I’ve ever witnessed. Everybody could skate simultaneously and when a nice trick was landed the commentator handed the rider some cash. It’s not hard to predict that after 10 minutes people were getting super crazy! The main target was the extension coping wall again – yet this time the large one the judges were sitting! Bailey started with 45 Frontside Fahrvergnügen, followed by Fredrik’s 360 Soul and an almost landed 540 Soyale by Piotrek. The crowd was roaring, the winners earned some good money – all in all the event was a great success!

We would like to thank the companies Valo, Razors, USD for sending their riders to this comp and everybody else who attended! Hope to see even more people next year!