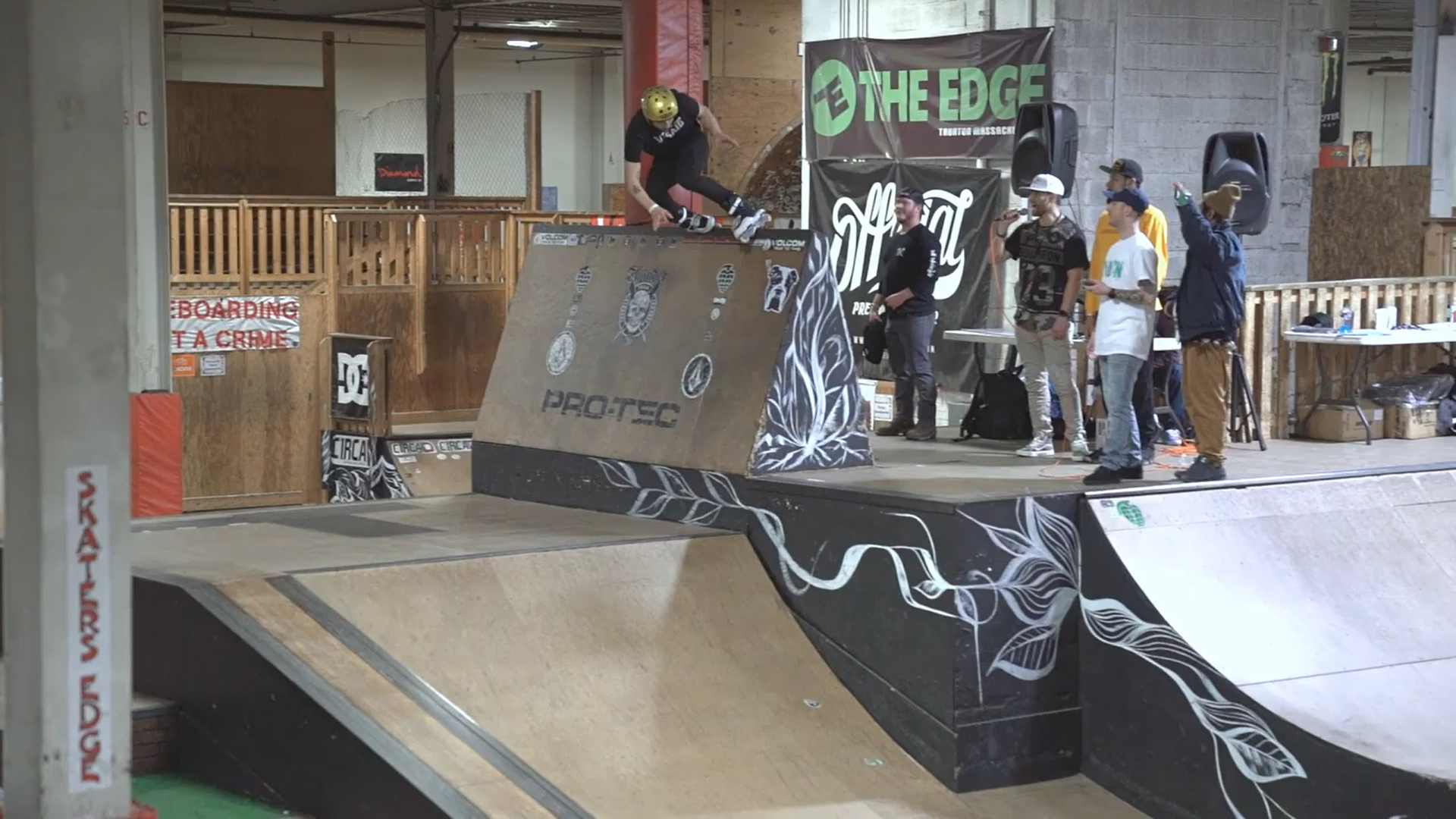 The King of the North competition recently went down back in February at Skater’s Edge Skatepark in Taunton, Massachusetts and thanks to John Greene of Blade Runnerz we have this massive recap video of the contest featuring some of the best skaters from all over the US.

Eric Michael continued his epic streak of slaying any park in his path and put on an absolute beating on Skater’s Edge skatepark. Eric‘s tricks were so diverse and showed tons of amplitude such as his corkscrew 900s, a nasty alley oop fishbrain up against an intimidating metal pillar and also a wild disaster front flip to soul grind. Eric made the most intimidating gaps and obstacles in the park look like light work and spun, flipped and slid his way onto the throne and was crowned the new King of the North.

That doesn’t mean Eric didn’t have his fair share of competition in the finals with the likes of Kevin LeBron, Tim Franken, John Greene, Shredpool, Wake Shepman, and Sascha Simms. Wake Shepman was awarded 2nd place and has shown that his time away from skating hasn’t affected his natural abilities as he threw some of the biggest tricks of the competition and also showed his toughness as he came back from a scary fall from a failed flatspin earlier in the competition. Sascha Simms was also pulling mind boggling tricks including wild toe and heel stalls on this crazy launch up to pillar and also laced some of the most stylish and compact airs of the night which earned him a deserved 3rd place finish.