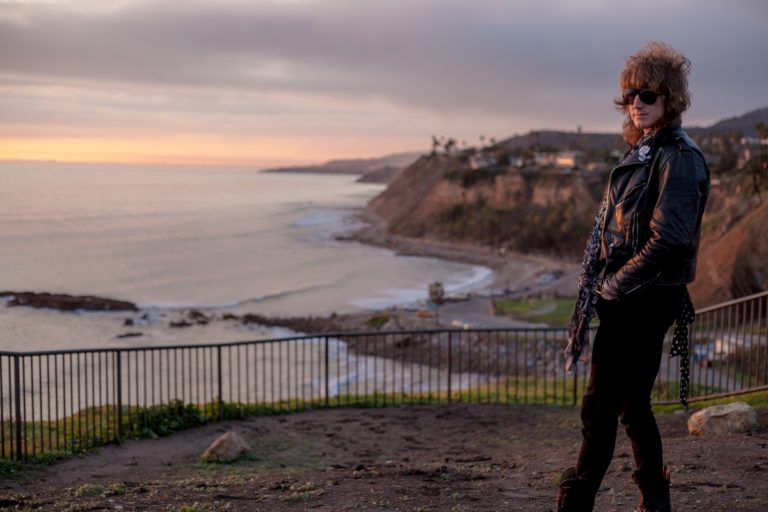 The fifth installment of Vibralux Denim’s VOD series has been released yesterday and it features long time team rider Chris Farmer. As you know already, Chris is one of the greatest bladers of all time and there aren’t many who have had such an impact on blading over such a long period. With every video part he is redefining his own, as well as blading’s limits, and the crazy part is that he doesn’t seem to slow down anytime soon. Following on Insta and FB, one could get the impression that Chris goes to war every time he puts his blades on. There will be cuts, there will be blood and there will be another mind-blowing part at the end of the day.

I admit I’m nothing more but a fan boy when watching Chris Farmer’s video parts and when writing this intro. Luckily he took the time to answer some questions about the making of his Vibralux section, so you don’t have to listen to me anymore… Hey Chris, where are you right now and what did you do before answering my questions?
Howdy, Jojo! I’m currently in Huntington Beach, California and just finished eating some lunch while icing my knee.

You started filming for your Vibralux VOD part in Arizona if I’m correct? How was it being back together with Haffey and Adam working on a project?
Actually, everything began in SlowCal, haha. While AJ flew out to film John for his section, we had acquired a few tricks to get a jump-start on my part. At that point, things seemed like we’d be able to wrap everything up while in Atlanta, boy were we wrong… I ended up scraping off my whole right butt cheek the first day and then re-split my shin open a week later on Chris’ first day. I was glad to be there help boost the moral and help give ideas from the sidelines, as most of the time it was just the three of us. So, I wasn’t able to actually blade with Chris until after the Blade Cup in SlowCal and then when we went to Arizona. Those trips were such a rollercoaster, but it was and always is a pleasure to be around those two on and off the blades. Even if it’s been months since the last time we’ve seen each other, we just start right back where we left off.

Where else did you film and how long in total?
SlowCal – No comment…
Atlanta – 3ish out of 18 days.
Arizona – 5 days I believe.
Kansas/Missouri – Just over a week, but only a few days were good due to the weather.
Minnesota – 4ish out of 11 days.

How do you spend your off days when its raining for example?
For the most part, we’d drive around and try to scout spots for the days ahead or watch whatever game was on at home or at whatever local watering hole. Other than that, try to retain our sanity and not kill each other, hahaha. F33t got released last year and your section was of course section of the year material. How do you motivate yourself to start filming again after such a part?
It’s never a conscious effort, just kinda happens. One project will end and another one will begin… Just gotta go with the flow and attempt to stay in one piece, which apparently I’m not doing so well at, haha.

Are you trying to step it up with every section, or is it more about keeping it diverse for you?
For the most part, I’ve never been fond of planning out spots or tricks and just leave it up to the universe on whether the trick idea or spot presents itself. I blade fully on impulse, whatever is meant to happen will happen.

Did you feel any pressure since people are probably expecting a lot after that intense f33t part?
Nope. Everyone has their own opinion, either you’ll dig it or you won’t.

What trick are you the most happy with and why?
I honestly can’t pick a specific one. It would be toss up between a few… I guess you’ll have to check it out and take a guess which ones they are!

Which one was the hardest one and why?
Oceanside kink, hands fucking down… The trick itself wasn’t necessarily that hard, but dealing with the amount of people and the time wasted between each try while waiting for people to walk up or down the stairs… The worst.

Did anything funny happen while being out there filming? Any cool stories you want to share with us?
AJ cut down over an hour of b-role footage into a 35 minute part that will go with the VOD that should give ya a slight glimpse on the process we went though while filming…
Fun fact, I acquired a hairline fracture in my kneecap the 2nd day AJ was in Minnesota and didn’t go to the doctor to get it checked out until I dropped him off at the airport… What would be your favorite state or city to film in?
I need to revisit Atlanta, Georgia.

What’s planned for 2015 so far?
It’s looking like a pretty jam packed summer so far… Motor City Classic, Blade Days, Roskilde, Nil Jansons’ Invitational, James Short Memorial Session. I’m hoping to partake in some of the blade camps out in Europe as well and get DEAD back up and running. We are all getting older, do you think about the future? What’s coming after blading for Chris Farmer?
Whatever’s meant to happen will happen, guess I’ll just have to wait and see!

Where do you see yourself in 5 years from now and where do you see blading?
Hopefully living somewhere outside of the USA and continuing to do the things that make me happy, which includes blading. I see blading healthfully growing with a younger generation on the rise. It was great seeing a younger generation of bladers while in Istanbul, and it seems like they are sprouting up all over the world. The youth is the future.

Thanks a lot for taking the time to do this with us. Any shout outs?
Thank you to my family and friends that’s helped throughout this rollercoaster ride of a process of piecing this VOD together, I am forever grateful! And thanks to the sponsors… Vibralux, Xsjado, Intuition, Youth, ThemGoods, and DEAD.