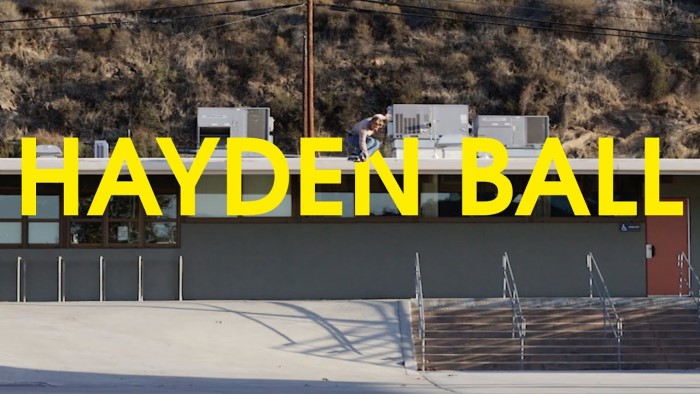 So-Cal legend Hayden Ball has just introduced his newest clothing venture Dusty Denim to the blading world and has released one hell of a hammer filled profile to kick start the brand. In the video, Hayden lays down some seriously intense tricks from beginning to end and shows his wide ranging technical abilities, including numerous tricks done both ways with little semblance of which is his natural stance.

The video was edited by Plastic Pushers & Adapt Brand videographer Cavin Brinkmann who crafted the video with a hard hitting and face paced musical score that set the stage for Hayden’s balls-to-the-wall profile ( heavy pun intended). The filming responsibilities were split up between fellow blading cohorts Steve Steinmetz, Jon Fromm and Russell Day and the video was hosted by Ricardo Lino.