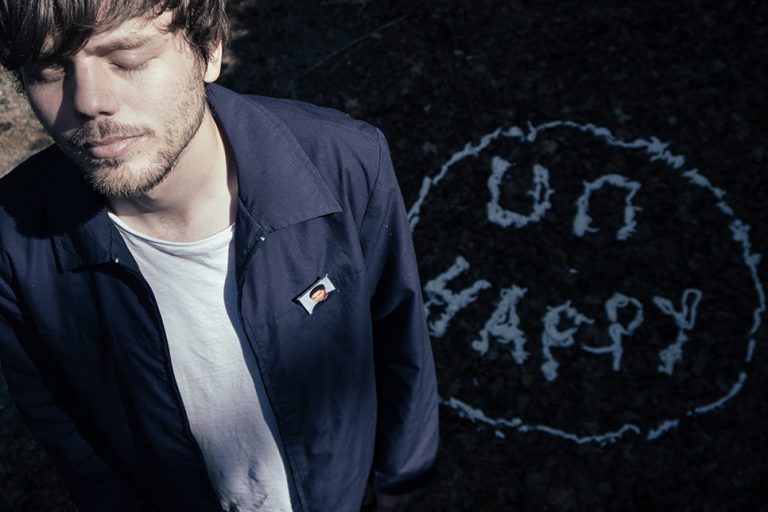 In a year that started extremely strong, with some of the biggest stars and filmers in rollerblading putting out impressive VOD sections and videos, Harry Abel’s unHAPPY sticks out. With a well thought out narrative, exploring his personal battles and coming to terms with his own growing up through the process of putting the footage together and filming for the section, Harry came out with a piece that will withstand the test of time. It’s intelligent, thought-provoking and features good rollerblading. You can get Harry’s unHAPPY here. Wow Harry. Your video must be one of the most introspective rollerblading videos I have ever seen. It’s feels really revealing and personal.
Thanks Josip, I was worried about sharing it with people, but I think there is a real lack of personality in rollerblading videos.

But how did you go about building the story? Did you really have a troubling relationship with your father, as the video suggests? I have a really troubling relationship with mine, so it really made me think? And did you think putting it out there would have a therapeutic effect?
The narrative was easy to build, as I’ve been thinking about it for 15 years. Sharing the video isn’t entirely therapeutic but logging the footage was. I do have a troubling relationship with my father but I haven’t seen him since I was a about 11. Watching the tapes both gave me a sense of what kind of person he was and allowed me to realise that I was only very young when many things started to happen. So, the impact it had on me makes a lot more sense now.

In the footage, we see him on blades. Did you get to skate with him as a kid? Did rollerblading help you as a kid? I know it helped me build self confidence and social relationships, as before blading, I was an outcast, being poor at team sports and not fitting in with the cool kids.
I did get to skate with him once or twice, but only on really cheap plastic skates. Rollerblading has helped me from when I started right up until now, it’s been the most positive escape I could ask for. I had a similar experience to you too. I was being scouted by football team around the time I started to skate. I hated the people I was playing football with and loved skating so the choice was easy. So, when did you decide you were going to do the film and do it like this? Did you have a plan in mind or did it just happen?
It just started to happen. I was really inspired by Pontus Alv. ‘Strongest of the Strange’ and ‘In Search for the Miraculous’ are two of the best skate films I’ve ever seen. Aside from that, I had made a DRC edit called Arrogance and wanted to make something in contrast to it. To use Jungian terms, Arrogance is a visionary video and unhappy is a psychological video. In unHAPPY the psychology is embedded in the film, has a warmer tone and could be easier to understand. Opposed to Arrogance which is colder, the meaning is in the spaces and offers the audience to fill it with their own psychology.

That might sound really pretentious. I did have both of those things in mind before I started editing, but generally I have a clear feeling quality about what I want to create and that’s my drive going forward into filming/editing.

Did you go through a similar process when you filmed for it? The choice of tricks, locations and obstacles and also setups? Where did you film? Did you use like five different skate setups?
I was pretty miserable whilst filming for it. I was ready to put the skates in the attic and call it a day. I bought some Wizard frames which gave me a revived interest and tried not to worry about the tricks I was doing. If i enjoyed doing it I’d ask Scott to film it, whatever it was. The opening sequence is filmed in my back garden, which is a disused car park in what used to be a college. The skating is done mostly in Bournemouth, but I think there is some Portsmouth and Weymouth too, which is my home town.

What do you think makes people think about quitting blading?
For me, it was that I was investing a lot from time into it and not enjoying it, which makes no sense. All of my closest friends do it though so it was really difficult not to be engaged. In general it’s likely that when people who give a lot to Rollerblading don’t see a return they can become disillusioned and want to move on. I envy people who can do that actually and just strap on the blades when they feel like a session. I think a lot of more seasoned bladers find a new love for it through big wheel setups? I started skating flat again after a while and the setup I’m using makes it really enjoyable.

Big wheel set-ups are fun for sure. They haven’t drastically changed my skating but they have given a range of new ideas and new skills on smaller wheels too.

Back to Scott Blackmore, his interview was one of the most interesting I’ve read in rollerblading. Why did you seek his advice for tricks?
Scott and I have skated together almost since we both started skating, so we are highly in tune with each other. We have a similar outlook on what type of skating we’d like to see. So, we are comfortable with each other talking about the tricks we are in filming at the time, sometimes in great detail.

Final question. Are you happy?
No.