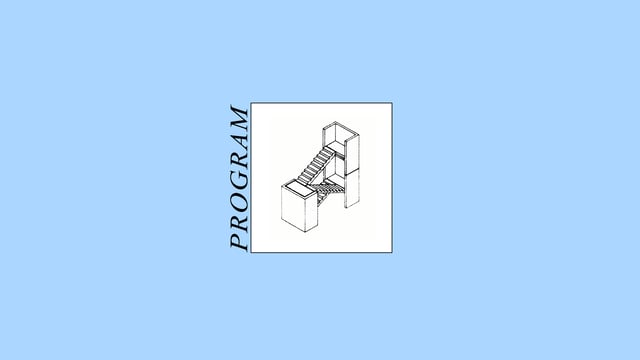 As I sat down to watch Danny Beer‘s and Andrew Nemiroski‘s Program, I wasn’t really sure what to expect, even though I thought I had some idea of what might be up. Danny’s Watchdagame was one of the best free releases of 2017, and his previous appearances in other videos gave me a glimpse into his creative genius on the blades. Andrew Nemiroski, a.k.a. Nemo on the Be-Mag Messageboard is one of the people whose skating, filming and editing I grew to really appreciate and I liked his recent work with Adapt, as it showed his evolution as both a skater and an editor. But Program is far removed from what I have in my mind as an idea of a rollerblading film. And I realize that it’s the generation gap that’s the main reason for this. It just corresponds to a completely new generation of skaters, with its vaporwave soundtrack and ironical dress sense that reminds of fashion by Demna Gvasalia and Gosha Rubchinskiy. So, without irony, it’s time for me to get with the Program, just don’t expect to see me walking around in bleached oversized cutoff jeans. The skating in the video is innovative and superior to a lot of stuff out there today, but Ryan Loewy covered all that in review below.

Without much notice, Andrew Nemiroski paired with Danny Beer to produced a VOD titled Program, which released this past November. The VOD combines their strange humor and intriguing approach to rollerblading, with Vancouver Island and the city of Vancover, Canada acting as the backdrop for the video.

Art direction takes notes from the post-internet art world of the Jogging, which for those unfamiliar, may come off as a tad odd and a bit meta, yet fits Nemiroski’s approach to a T. With extended views on the likes of Stuart Brattey, Brian Long, and John Vossoughi, in addition to the two creator’s namesakes to fill out the rotation, I feel that PROGRAM certainly delivers.

The film begins with Nemiroski’s section. Anyone familiar with his skating is accustomed to Andrew’s stylistic yet not-so-serious approach to rollerblading. A bunch of stern lookbacks after landing lend itself to the overall humor provided by the VOD. Nemiroski finesses a wealth of unorthodox tricks, yet executed perfectly, serving as a testament that Nemiroski knows you know he’s good, and, simultaneously, knows you know he doesn’t care if you think that or not. Nonetheless, this section is inspiring; within 45 seconds of watching, one is already inclined to strap up their skates. For this reviewer, that seems to be the most important thing with producing a video; inspiration wins over spot size or trick, that if one feels motivated to skate after watching a blade video, and even more so in a different manner, then the video has done its job.

The video continues with Stuart Brattey. His part is brief yet wholly satisfying. We carry on with John Vossoughi and then transition to Brian Long, both providing stylistic and technical approaches to rollerblading that are worthy of continued reexamination. Long’s front side to front torque made me yell at my monitor, and Vossoughi comes through with a wealth of jaw-droppers, naturally forcing onlookers to add a tertiary soundtrack of “what the fuck”’s and “oh okay god dammit”’s to the already rounded out score. It continues on to mix in Collin Brattey and Josh Silver, contributing respectable maneuvers themselves.

Most impressive out of the piece comes Danny Beer. Having shown us his forte in previous endeavors such as Watch Da Game, akin to Nemiroski, Beer does not give a fuck what you think about his skating, and his enjoyment of the sport is evident and is of his primary focus. You wouldn’t even think that he really wants to film himself, rather, it just so happens a camera was around to document his incredible abilities. The section, like Andrew’s, showcases not only Beer’s talent on skates, but his whacky sense of humor as well. There’s also something to say about Beer’s approach with fashion; while some may find ridiculous, others find it to be incredible and inspiring, yet all the while, only something really Beer can pull off. His section contributes to the video’s growing list of unorthodox tricks throughout the film, making for one hell of a replay value. I do not mind standing behind the bold assertion that Beer’s section alone was worth the cost.

Overall, the filming and editing are extremely well done for this piece. Although not as fast paced as previous cuts from Andew, Nemiroski reminds us that he is just as good at rollerblading as he is at filming and photography. The ending provides us with beautiful landscapes and fun b-roll to round out the video, and it is paired with a soundtrack that you’ll either love or hate. Combined with the level of skating, filming, art direction, and overall humor that it provides, it is safe to say this was one of the best releases of 2017 and certainly worth the $10 price tag.

You can purchase Program here.