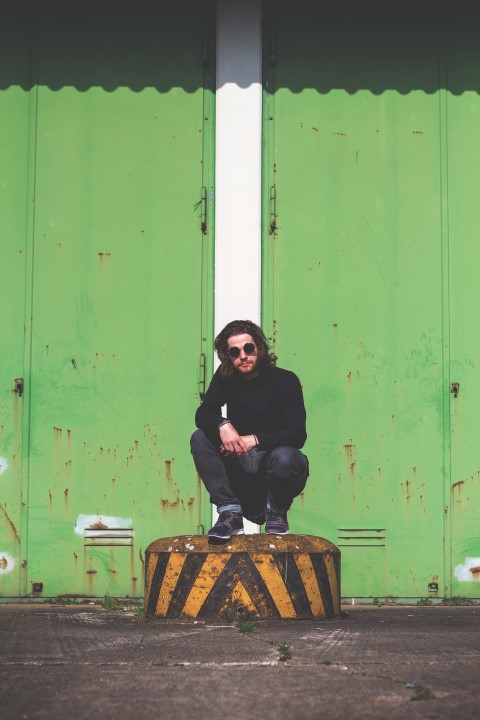 Eugen Enin: The child prodigy is now a leader Eugen Enin is not exactly a child prodigy anymore, being 25 years old. However, his skating is as fresh as it gets and time was more than overdue for a proper Be-Mag interview, almost two years since his introduction in the Insight section of your favourite rollerblading mag. Citing the Kelso brothers, Murda, Dustin Latimer and Kevin Yee  are his role models when it comes to his perspective on skating and his trick style and vocabulary, he is something new, and the sheer physical ability with which he skates promises to bring something new to the table in almost every new clip he films. This German-Ukrainian’s constant push for innovation, combined with his physical prowess makes him today one of the most influential and avantgarde rollerbladers in Europe and globally. Not shying away from tricks some might call awkward, he’s pushing the envelope (see what we did there, Daily Bread afficionados?), trying new variations of well established rollerblading staples. His influence will be with us for years to come, as his athleticism and imagination open new interpretations of rollerblading, mainly through his infamous, trap music ladden Borklyn Zoo edits.

It’s been over a year since Eugen was announced as USD pro, and we’re still waiting for an Enin pro skate. He sure as hell deserves one.

Be-Mag spoke to Eugen about his creative process when it comes to skating, his role models and his future projects. You and your Borklyn Zoo budies have been producing a lot of stuff lately, almost on a monthly basis. How did you decide on such a concept, it requires you to be productive and skate a lot? And another question… as much as I love your skating, I almost always turn the sound off, I can’t really stand trap music, maybe because of my age? Are you kids really into it?

It’s already more like a natural thing for us.. We would skate that much even without filming… But since my brother hangs around a lot with us it’s pretty easy to film some sessions. So yeah, the Borklyn Zoo concept kinda developed by it self.

I totally understand your point about the trap music hahaha for me it’s fine. At first Daniel started to use it as a joke but later it became “our thing” for the Borklyn edits. And right now I can’t even imagine a Borklyn edit without it. (laughs)

Does your brother do the editing himself? do you guys have a role model as far as editing goes? What are your influences?

Normally he edits and chooses the music by his own. During the beginning I always helped him with choosing the right clips or the right cuts. But now he is totally into rollerblading. When it comes to HD files or bigger projects he always let me help him a bit more, but Borklyn is all about Fun so I let him do what ever he wants to. So he doesn’t skate at all?

Originally he is a skateboarder. But because he used to hang around with me at our local park since he was a kid.. He knows all rollerblading basics… pros, tricks, videos etc. and is always watching out for new stuff. He loves our sport more then skateboarding (laughs). He always says to me how sick it is that everything is so connected and everybody know each other etc..  Also, he is a big fan of our filmers which was one reason for him to get more into it. Ah and yes, he can do some souls and miszous.

You developed a truly unique style and trick selection in the past five years since you started appearing in the media. What are your influences and how did it all happen?

Thanks man, I worked pretty hard on it. I have always been afraid of being a copy of somebody so I tried to work on all different facets of my skating. Yeah, for sure I’m in love with switchups and Tech/creative blading but I love jumping and cool Gaps too and even Drop rails. A good way to work on my fear of heighs… My big passion for switchups might come from my early days on the blades. I was always hanging at the local park but I got a bit too late in touch with the rollerblading culture.. so when I found out about all the videos etc., I literally studied what those crazy rail dancers were doing at that time. (laughs) For sure people like Murda and the Kelsos had a big influence on my blading back then but there are to many to name them all… by the way I kinda fell in love with creative and weird blading too. But Latimer or the VG23 Kevin Yee file inspired me a lot.

So that kind of passion for all the different aspects of our sport was and is still my main motivation to work on my own blading and try new stuff or get inspired by different things. there are to many people to name them all.. and you know most of them like Sizemore, Arias, Galushko, Blee, Atkinson, Watchdagame gang, DRC.

But the tours with my team pushed my blading the most… what can be better then being on tour with Lomax, Eisler, Farm and Montre. For sure it pushed me a lot 🙂

And I get inspired a lot by local homies like Jo Zenk. He is a killer. Where do you see your skating going in the next few years? Are you planning on travelling more or will you keep skating in Borken and Germany?

Right now I’m pretty happy with everything, I still learn new moves, and have a lot of fun on the blades. I feel fit enough to keep that going for the next years hahaha But I don’t plan something special for the future. I will keep trying, pushing and doing whatever comes to my mind. So not only my Grinderblading but more different aspects too. Actually, I travelled a lot last year by my standards hahaha But yeah, I will try to get out a bit more for Comps and Projects.

Being Ukrainian, do you feel that there was a slight rift with any of your friends in russia after what happened and is still going on in Donetsk?

I’ve been in Moscow last year and there was no problem at all! we all rollerblade and thats what we all have in common. they treated me so good! I had a great time over there!

Germany always had a great rollerblading scene, where do you see the new generation of german skaters coming from? Do you think there are some future pros among them?

There are definitely some really talented Kids in Germany and I’m always super juiced about them! It’s hard to point a specific area in general because most of the time there are different groups spread all over Germany. But groups like the TWG crew look very promising to me. What do you think is the main difference between skating styles in Europe and the US? With the lack of money in rollerblading, US pros are visiting Europe less, but do you feel that their skating styles have also changed a lot?

I think there is no BIG difference between both in the last years… maybe for some guys it seems like there are more people in the US with a similar style, but it’s only normal compared to the country size and the amount of bladers. There will always be the dudes who like to dress exactly like a specific pro or copy their tricks one by one but you can find that everywhere. For sure the US Pros are still changing their styles a bit from time to time to keep their stuff fresh. But you can find changing styles everywhere and not only in the US.

Is there an issue in rollerblading you’re worried about and would like to share with our readers? Except for money, what do you think rollerblading lacks? There’s a recent article written by Harry Abel about professionalism in rollerblading, do you agree with his views on the subject? http://old.be-mag.com/general/are-you-there-not-pro-and-never-want-to-be/

Nothing particular but the hate within our sport is still the stupidest thing… stop complaining about everything and start accepting our situation and make the best out of it. Things like the Nitro World Games are a good step forward and we should be happy about an opportunity like that. Trends are coming and going so don’t be afraid about a lack of hammers or style or whatever in our sport. I don’t think we are missing something super important right now that we are not already knowing about. Yes, the scene is not as big as it used to be but its more familair which is a pretty cool thing in my eyes.

Right now I’m pretty happy that individual styles and movements are getting hyped again. I understand that some people are still uncertain about some of the movements like Wizard Skating, Big wheels in general or more minimalist/skateboard inspired Blading or total freestyled stuff with grabbed grinds, toerolles and shuffles but It’s all Rollerblading. So get a bit more open minded and not only when your favorite pro did it in his latest video.

Harry is writing brilliant articles and it’s very hard to add something as I have a similar point of view about that, but if it comes to Kids as our audience I still think we should use that kind of opportunity and don’t act like the most wasted idiots in front of them. Projects like the kids-camps are a very cool thing in my eyes and you can already see the first Youngguns growing out of them. What do you do in real life?

Last Year I finished my bachelor (business studies) and filmed all the year for different projects, my Pro intro, SOTA, Shaolin sessions etc. I plan to continue studying this autumn and film for our Borklyn project. USD helps me a lot!  A big THANK YOU! 🙂

Are you happy with your skates? Are there plans for a pro skate and what would it be?

I tried the Aeons and they’re amazing but right now I feel like carbon frees are still the perfect boot for what I want to do. For sure I would go for a carbon free if it comes to a pro boot. 😉 What projects are you working on with Borklyn Zoo at the moment?

We plan a kind of a VOD but with more extras like alternative versions of released edits of mine and Photos etc. the main part will be a longer HD Part of mine and a longer VX Borklyn video with homies and jokes etc. Plus some unreleased edits. Hahaha So lots of stuff in a zip file hahaha we already film for that since we finsished Shaolin sessions and we already have tons of footage.. So on a good way to finish it that autumn.