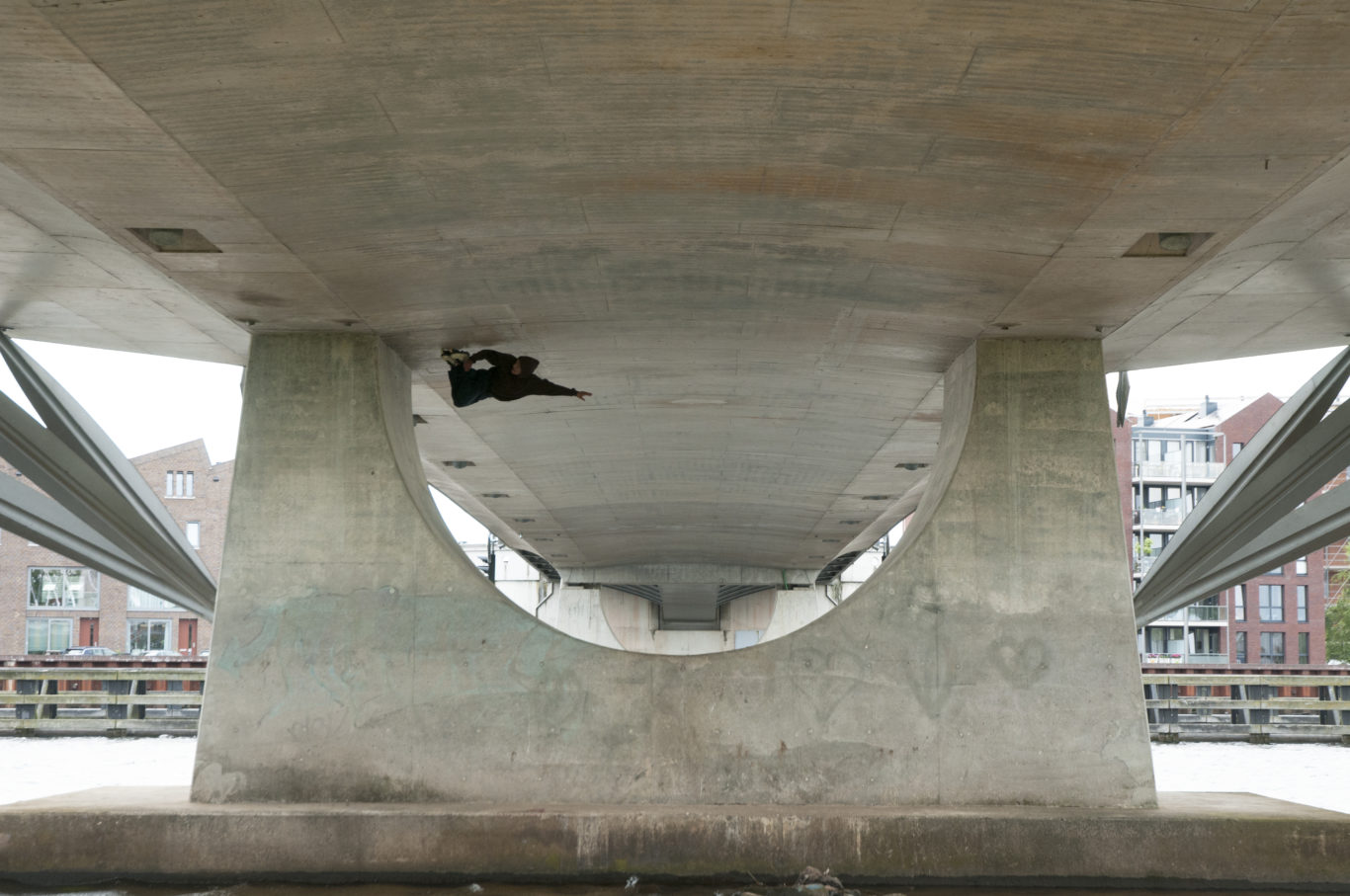 2019 is shaping up to be a great year for Dominic Bruce. Taking 2nd place at Winterclash, receiving a pro wheel from Orange, and now finding himself among the pro ranks of the Razor’s team, Bruce has been a busy man.  “Right now, I currently work as a substitute at an after-school club.”, he explains to us over Facebook messenger. “Work availability fluctuates very frequently at the moment and things come together month by month, sometimes working more than other times. I also do private skate lessons which is a recent endeavor I hope to expand on.” This works out well for Bruce, who turns 22 this September, as he has yet to find exactly his calling.  “At 21 years old, I am yet to hone in on a particular craft or career choice out. With skating however, my influences and interests extend far beyond skating alone. Life is busy and hectic at the moment, balancing different aspects of my life into some sort of straight, follow-able line.” An only child, Dominic was born in Aberdeen, the most populated city in the north east of Scotland. After finding skating in April of 2006, he spent the majority of his time in Stonehaven, a 20 minute train ride from his hometown. ” I am now 13 years deep on this journey. All the things that can take place and happen in 13 years, imagine that! I got introduced to skating through a one-week skating easter camp, which my Dad had made me aware of.” And from there, he explains, “the roots spread from there!”. What have you been up to recently? 2019 has been a good year for you so far, having taken 2nd at Winterclash, you were also in Saudi Arabia for the FISE Battle of the Champions. Has the year lived up to your expectations thus far?

I have just come back from an incredibly busy week which has left me exhausted to the bone. Josh Glowicki, Scott Quinn and I did a skate-camp along with all of the amazing people running “Urban Street Zone Brande” and then on the way home we stopped by the infamous “Roskilde” festival to end the week. That week is pretty telling of the way this year has felt so far. One thing has turned into the next; each day has been vital in changing the days that followed, things are momentary at the moment and it’s a special time to be alive. How did you get involved with the skate camp with Josh and Scott?

Through Rune Lyager, who is the mastermind behind “Urban Street Zone Brande”. A skatepark which you wouldn’t believe opened only two years ago if you seen it. Rune is a big dreamer with a workers ethic, it seems he can’t keep an idea in his head long before it has to be constructed and seen skated. He, along with a very solid group of volunteers help keep the park alive through getting the young kids in the town and area interested in skating. The camp was called Camp 27 and this is the second year of its existence and i was very happy to get the opportunity to attend as a “coach” this year alongside two friends. How was the experience of teaching? Do you see yourself doing this more in the future?

The experience was fun as expected. I like to foster more the attitude of just creating a session with the kids rather than this strict relationship of like breeding a certain kind of skater. To watch the progression just one week of skating can bring is inspiring. Look forward to see them grow into their styles as time goes on. I do a future with it and feel i would take the option to do it again if it arises, definitely. That’s great. So let’s talk about Razors a bit, how long have you been skating for them now?

I have been skating Razors skates for as long as i have lived in Denmark, which is now 2 years. And so now you are pro for the brand, correct?

It kind of just came naturally with the way things have been going with them over the last year. I have been making more and more of an effort in the communication between razors and myself. It’s a business relationship so, the more communication, the better. So you worked with Cavin on your pro edit, how long did you two work on the piece and what were some of the ups and downs of putting it together?

I flew to Holland for 10 days to film for the piece, we ended up with 5 days of filming due to injury, weather and other commitments. I hadn’t said to Cavin that was what i was coming to film for but when the conversation happened he was thinking thats what it was for, so it worked well. Ups and downs were many, some bad falls were a foot on the breaks but other than that it went pretty smooth.

Can we expect a Bruce pro skate anytime soon?

So what’s next for you? Any travel plans or projects in the works?

I am literally blank to what’s next any further than my trip home to Scotland with my girlfriend in the middle of this month. Trying to dream forward to what might happen at the moment…