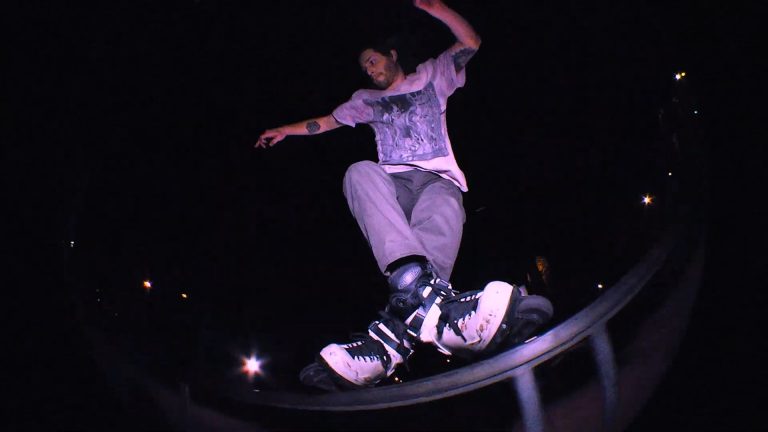 Danny Malm has been absolutely shredding in the Bay Area for years and has finally been blessed with his very own signature wheel for all his hard work from the Deal With It SF brand and ole Danny boy has just dropped one hell of a promotional video to kick off the release of his new wheel. The video, which was shot and edited by Hit It Whet creator Taylor Kobryn, shows Danny emerging from the shadows to deliver an epic beat down on the wild streets of San Francisco. The video is incredibly diverse and shows off Danny’s wide-range of skating abilities, from technical switchups, hammers, gaps and creative spot selections, Danny’s video covers all the bases for a classic profile. We had a short chat with Danny to talk about the filming behind the profile and also the design process behind his first pro wheel. Check out what he had to say.

First off, congratulations on your very much deserved wheel from Deal With It! So you just dropped the new profile showing off your new wheel and the entire video was shot at night time. Filming at night time seems like it could be especially difficult in certain instances. What made you want to film the entire video project at night?

Danny Malm: This wheel edit was the project of Taylor Korbyn and myself, testing out his new camera in the start of 2020. Having always enjoyed filming at night and being inspired by certain night projects and films, I have always enjoyed the aesthetic of a subject appearing from the shadows and disappearing into the night. When I found out about my pro wheel for Deal With It, I figured that would be the perfect project to coincide with the wheel drop. With the help of my man, El Presidente—Erick Garcia coming out to shoot photos, the project was mainly us 3 with the help of a few good homies here and there.

Is there any personal significance in the graphic artwork?

DM: Uncle Dad Productions drew up my wheel design that was inspired by the relighting of a fading candlelight. Also, I like wax. In February of 2020 I made the decision to quit drinking and since then that has lit a fire and I am inspired to create more. Expect more content because there is a lot brewing out here in the Bay Area including the next installment of Hit It Whet.

That is great to hear about your sobriety! Keep up the hard work. Is there anyone that you would like to thank for their support in making the profile or with your new wheel?

DM: I want to thank everyone who shares, posts, comments, and buys this wheel. Let’s continue to inspire each other. Eternal thanks.

FOLLOW DEAL WITH IT @DEALWITHITSF & VISIT THEIR SITE AT DEALWITHITSTORE.COM TO PICK UP A SET OF DANNY’S WHEEL