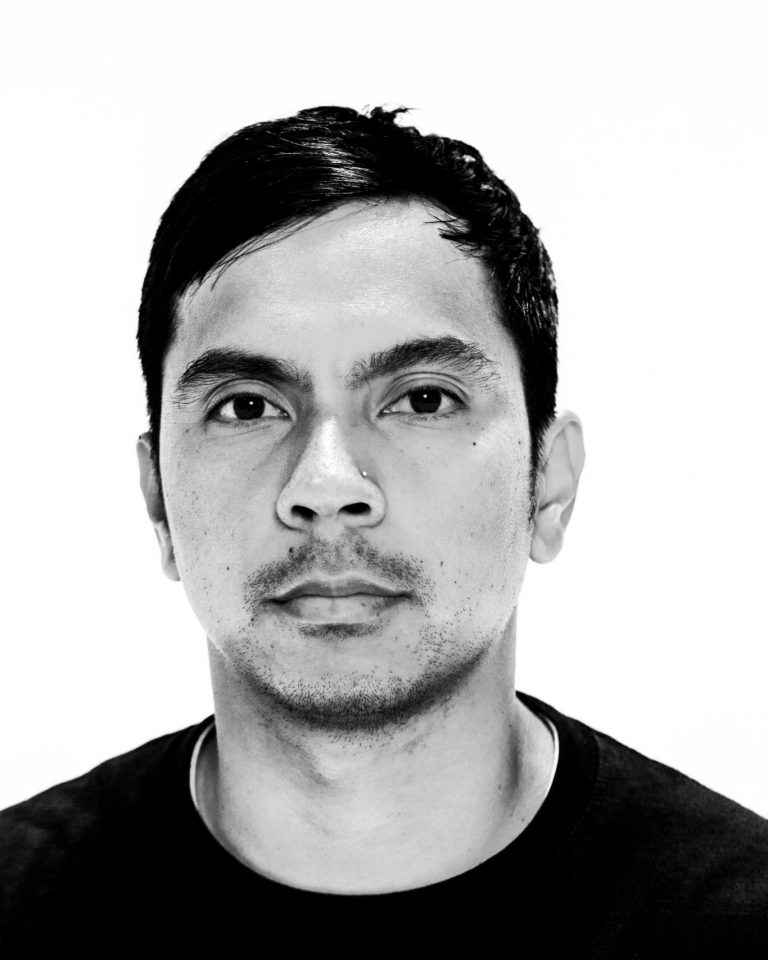 Jon Julio photographed at Young & Grumpy Studios in Brooklyn, NY in August of 2018.
Portrait by Ryan Loewy for Be-Mag.

With select images courtesy of Them Skates.

In the beginning of 2018, Jon Julio took the blade industry by surprise and announced the end of Valo. A company that lasted over a decade, with a legion of loyal customers and countless heralded products, it was as shock to hear a company of such high caliber go under. But it wasn’t long before Julio reappeared with a new venture, titled Them Skates. In the months since the company’s announcement, and with its initial release, the company has yielded a similar amount of support and love albeit some disgruntled opinions. With the 2018 Blading Cup approaching, and with his second run of skates about to released, we felt it fitting to sit down with Jon and talk shop.

I want to start with a basic question, one that I know you’ve been asked before and have explained, but for the sake I guess of having it in writing of some sorts, can you tell me a bit, and you don’t have to go into full detail here if you don’t want to, about the end of Valo and the beginnings of Them?

Starting THEM SKATES had a lot to do with financial stability. There was money owed to me and the Valo team during the last few years of my business relationship (with Roces). Over the course of those last 2-3 years there was little to no improvement with these debts. I was at a boiling point and needed to figure out what was gonna be best for myself, team, and family. The over all goal in the end was to get everyone paid what they were owed and either keep working on my relationship with Roces, or look into my own avenues in trying to create a skate 100% independent. So Themgoods Distribution, which I know was way prior to Them, was that just your means of having a bit of control of things in the US?

We distributed just clothing bearings at first. Then eventually wheels and frames etc, but no skates as I already had my relationship with Roces; Them Goods was a natural progression in developing and selling products. Originally we just made bearings, then more products came after, you know, collaborations, etc. For the record, Them Goods never distributed any Valo Skates. Jon Julio dials in a Top Soul at Coleman Park in Manhattan, NY in August of 2018.

Was there any sort of pivotal moment for you where you knew that the relationship with Roces wasn’t going to work anymore? Like, the straw the broke the camels back so to speak? Or did you just feel that, no matter what, this had to happen? I can imagine, especially because I know you put your heart and soul into what you do.  I think it is safe to assume that the relationship you had with Roces just was no longer conducive to what your own path was for your endeavors. So, you’re now almost a year into Them. How has the journey been for you? You’ve started off with a brand new team, a new product, new everything. How has it been navigating that course?

It’s been quite the rollercoaster. A constant learning experience, but everyday I’m thankful to be able to be in a situation where we are 100% independent. We are a small company. It’s just me working full time. Thankfully THEM is an amazing group of friends working together in a collaborative effort. This has helped us get through this first year. Also without the support from the industry , THEM could not exist. Shops, skaters family and friends globally. Overall it’s really been an amazing experience since the launch at Winterclash.

I really admire your commitment to your craft. It certainly shows with the efforts you’ve done. Like I really like how you have Robbie doing your video work… I feel like you have a real understanding of not only what you want out of your brand, but how to navigate it accordingly. So, you’ve just gotten in your second run of skates, if you don’t mind me asking, what is the next step for Them?

Next step for Them, well, new skates arrive this month, just in time for Blading Cup. So just been preparing for both of those. A crazy amount of work happening these weeks. We have a bunch of video content in the works, which we’ll be releasing by end of the year Robbie Pitts, pictured above, not only rides for Them, but handles a majority of their video work. Portrait of Robbie shot at Young & Grumpy studios in Brooklyn, NY in August 2018 by Ryan Loewy for Be-Mag.

That sounds incredible. How do you manage between being a father, having a family, and running the company? It seems like a shit ton of work to keep up on.

My wife works, but on her days off I work. So we manage it some how.

I can only imagine trying to manage it all…

I don’t think it’s that different to most people. Everyone works, people have kids; everyone makes it work somehow…

So, you’re working on video content for the rest of the year. Can I ask, in terms of product development, how far in advance to plan out your lines? And how have you gone about with gaining input and adjusting the products that you make?

At the moment I’d say a year out, but it’s hard to say… Julio made immediate improvements for his second run of skates. As shown above, improvements to the soul plate hardware. Photographs courtesy of Them Skates.

It’s a intricate process with working with overseas manufacturers…

Also because we are in the middle of testing things, or we don’t know how some things will work yet. So a lot has to go with how samples work out, you know, if they do or don’t…

Do you have plans on refocusing on other projects, like the Youth Co? Or is Them your main priority for now? Them Skates Pro Team advertisement, released on July 28th, 2018.
Portrait by Brandon Smith for Them Skates.

Let me ask, because I don’t think I’ve covered this Q yet, but who’s currently on the team?

Marius is amazing. He’s one of my favorites…

You’ll see him at Blading Cup! A photograph from September 18th, 2018 features the likes of Marius Gaile, recently announced to the Them team. From Left to Right, Alex Broskow, Marius Gaile, Sean Darst, Robbie Pitts and Jon Julio in Santa Monica, California.
Photograph courtesy of Them Skates.

That said, how did you go about deciding who was on the team? I know you had mentioned that it was hard for you…

I started Them in a unique way where Kruise, Darst, Robbie and myself tested the product here in Southern Ca. But Them is an extremely small company and there are limitations on what are possible. As far as creating a team program, creating a high royalty is one major step forward for our team. Pictured above, the Sean Darst 908 Pro Skate. Darst will receive $10-$15 per skate, one of the highest royalties to be paid out to a skater. Photographs courtesy of Them Skates.
Going back to your question though, I’ve always held Valo to grow upon itself. And with Them it’s very much the same; it’s organically growing the way it should, starting here in Southern California the way it did with Darst, Kruise, Robbie and myself, was the only way it could start while things were in disarray with Valo. Alex Broskow, left,  joined Them in June of 2018, and Soichiro Kanashima, right, followed suit in August of 2018.

Portraits by Ryan Loewy for Be-Mag

Do you plan on continuing doing single VOD’s akin to Alex’s endeavor with Mike Torres? Or do you have a plan for a team video?

No VOD’s are planned, but we have a promo coming soon for Sean Darst filmed by Robbie. And a couple videos are in the works from various THEM riders. Excited for those…

I guess we can wrap this on a simple question. That said, what do you hope to accomplish in the next year? And where do you see yourself in 10 years?

Currently our line runs in small, medium, and large shells. For next year, we will be releasing X-Small, which will increase our production which I am most excited about.
We will also have some new product upgrades in the works as well. But it’s a bit soon to announce anything on that subject. But to sum it up, I hope we can accomplish these goals for 2019: new line, new size , new upgrades.
And in 10 years?
Let’s try to get through 2018 first haha.
I just want to say, a huge thank you to all that have supported Them Skates since day one. Without you all, THEM would not exist.
Jon Julio works and lives in Santa Ana, California and founded Them Skates in 2018.
You can follow him on Instagram here and follow Them Skates on Instagram here.