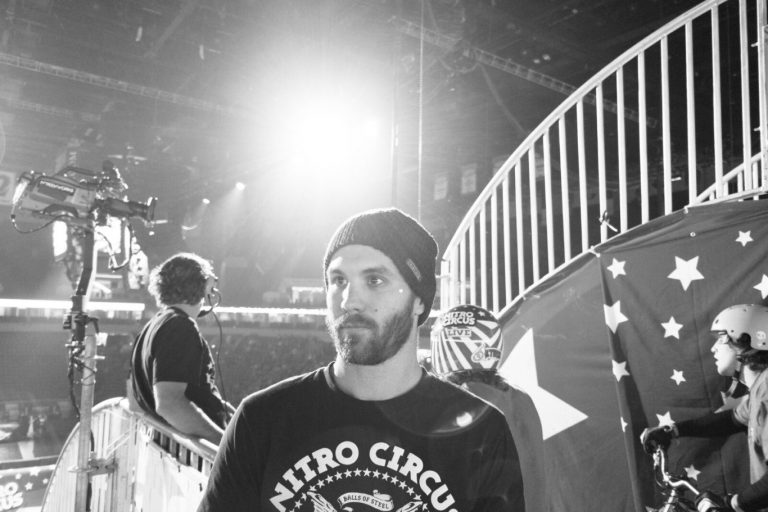 Chris Haffey‘s influence on rollerblading has been undeniable, his talent reaching far beyond the sport with in the past few years, particularly with his work on Nitro Circus. When his shop sponsor, Matt Mickey of Intuition Skate Shop, informed us of his recent win on Next Trickshot Superstar, which solidified him a cool $250,000, we felt it fitting to reach out to Chris and see what he’s been up to lately.

How’d this opportunity come to fruition?

It’s kind of a complicated story but the long and short of it is that it came through Nitro and I jumped on the opportunity.

What was the most challenging round for you?

It’s hard to say really. I thought I was going home more than once throughout the competition so there were plenty of times I struggled. Thankfully I found a way to pull through when it mattered most.

I will say this though, I am one of those people that watches challenge shows like this on TV all the time and thinks, “that looks so easy, how are they so bad at this?”. My perspective on that has changed completely. So many things come into play, that what you see on TV definitely doesn’t tell the whole story of what the competitors are going through.

Just an example, it was really cold most of the days we were filming and there was a bit of downtime while things got set up, interviews got done, rules got read officially, etc. All of a sudden it would be go time, without any warm up or practice throws, and on top of that there was a lot of money on the line. It definitely made things harder than they should have been sometimes!

What’s your regiment for keeping in shape?

I go to a gym called Foundation on Monday, Wednesday, and Friday mornings when I am at home. They do high intensity interval training there, but they make it way more fun than your average gym.

Other than that, I play golf and surf as much as I can. Golf doesn’t really keep you that fit, but surfing definitely does.

Prior to this, you’re involved with Nitro Circus. How did that come about?

They reached out to Richie Velasquez at Woodward West and he passed my information onto them (thank you Richie!). They got in contact with me and had me come do some ramp testing without really knowing what it was for.
After a couple of weeks of testing, they saw I could hold my own on the ramp and more importantly that I got along really well with the rest of the crew. At that point they told me they were starting a live show and they wanted me to be involved. I obviously said yes and I haven’t looked back. That was 9 years ago now.

You’re going to Winterclash this year, how’d that come about? Will you be competing?

That I am! I am really excited to get back over there after all these years!
As I’m sure you have seen by now Jojo has a lot of stuff planned around the contest this year and he contacted me about the possibility of coming over to be apart of one of the panel discussions. This is the first year in forever that there hasn’t been a tour on at the same time, so it all just happened to line up perfectly.

What are your plans for 2018? Think you’ll do any street skating?

Plans so far for 2018 are Winterclash in Feb, Nitro regional tour of Australia in March/April, getting married in August, and then two other Nitro tours towards the end of the year.

I actually have a position at Nitro in the management side of things this year as well, so on top of riding the shows I’ll have a bit more responsibility.

In terms of street skating I have no idea. I do have a bit more time off touring this year than I have the last two years, so I’ll just have to see as I go.