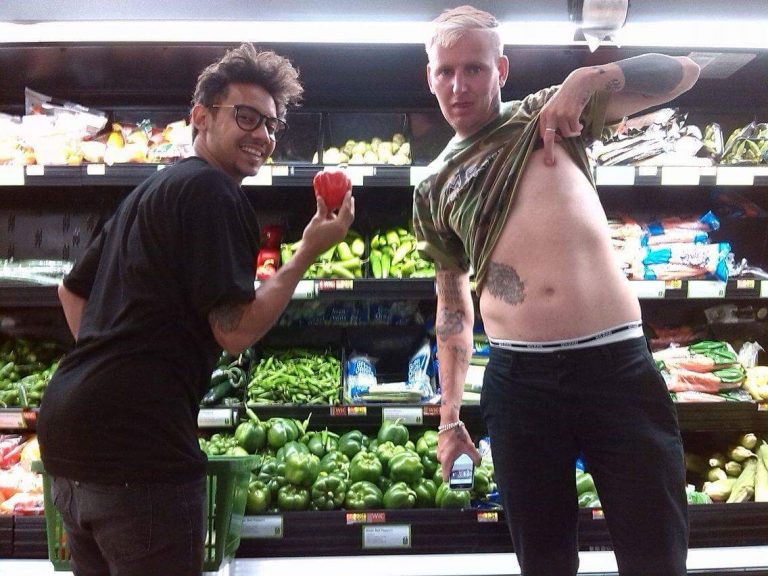 In his final article about his American tour, Cavin le Macon tells the story how he missed his plane, lost his passport and reaffirmed his love for rollerblading.
The night before our flight home i went to check us in. We had 3 different flights (ATL – NEWARK – LISBON – PARIS). For the last two flights we flew with TAP air and i checked in easy but our 1st flight was with UNITED and i couldn’t check in. No problem we just go on time to the airport, we had to check in bags anyway. At the desk it all starts, our flight did not show up in the computer so we had to get checked in manually. It took a bit but i worked. I received a text message that our flight had a twenty minute delay. No problem at all since we had one and a half hour to spend at Newark. Half an hour later another text, the delay went from 20 to 40 minutes. Still no problem if you ask me. Eventually the delay went to one hour. When we where about to land the time we would have had was about 15 minutes. If we would run could make it since our flight was at the same terminal. We were the 1st out of the plane and we ran into the terminal. Where the fuck do we go. No signs for TAP air and nobody could tell us where to go. We just missed our flight FUCK!

WE walk to the UNITED desk to explain our problem and they tell us to go to TAP air desk outside the gate since we fly with them (sounds weird to me since UNITED messed it up but they know best so I follow their advice). We find the TAP air desk and there is no one there. My mood gets a bit less happy. We walk to another UNITED desk and they say well not our problem to fix if they are not there. They are really testing my nerves here and i get a bit louder with my voice. The woman send me to terminal C where there is a UNITED service desk. The woman over there felt sorry for us and fixes us a flight 1 hour later to Lisbon and a flight to Paris after that. My mood is calm again and we walk to our gate. since i ordered special meals for our flights and we missed that one i had to find some vegan food before i would starve on our 6,5 hour flight. Man its hard to find vegan food at a airport and if you do its a small falafel wrap for $13, well i rather starve than pay that much for a dry old falafel wrap. I took my changes and went in, i walked to the stewardess and asked if there was any change that there was some extra vegan food. She said the vega meal was pasta with cream. Than she looked in the food place and pulled out a Indian meal, she said maybe this is vegan you can take a look. I did not had to look far since its said in fat letters VEGAN on the front, i was so happy when she said i will give you 2 for your inconvenience. The flight was over before i knew, 2 movies and some simpsons and law and order episodes later we arrive in Lisbon. Apparently our luck was not over. Our connected flight was about to leave and the woman from UNITED never gave us a boarding pass. So again we went to the desk of TAP air, luckily here there where some people to help us. After 15 min she said here are your passes now run, Levi and i ran like we never run before (if u know me i hate to run with my sore body) We arrive and we still have 15 min, why did we have to run?? We take our passports and want to check in… Where is my passport? Why is my bag open? FUCK I lost it when we had to run. I run back to the desk… NOTHING. I run back to the gate thinking i have to stay in Lisbon. There stand Levi with my passport. In our rush i gave him both and ran to the gate. I was done. The last flight was only 2 hours but felt like forever.
We arrive in Paris and we went our own ways, Levi took a train back home to see his girlfriend who had her birthday that day (so sweet). I myself went to my in-laws house to meet my girlfriend and our dogs. The trip was SICK. I visited places I never been before. Saw legendary spots. Made so many new friends. Saw Levi grow more every day (in length and skating vocabulary)
Filmed 16 tapes full, made 5 edits in this trip. Shot 13 rolls of photo film. Took over 5000 digital pictures. Ate way to much vegan junk and drank to many Slurpies.

I want to thank ADAPT for this opportunity. Russell and his mom, Julian and his mom for hosting us. All the homies that hosted us, drove us, fed us, juiced us and made us laugh you all know who you are.
Pascal for being the most hyped ever for those 20 days you where there.
My girl Bee for just being pretty and willing to join those boring skate session for a month.
Dan Smith for giving me the SICKEST neck tat.
Jeremy Blom for the BASEMENT, TOUCHE AMORE, THURSDAY show in ATL.
Justice and Casey for the hangs and vegan donuts in LA.
Carson for sk8h8.
Patrick for helping filming.
Chris for being sick as fuck, wish we got a clip for the friend section though.
THE DUDE Logan and Rasta for just being so fucking awesome.
Derek for busting his ass.
Jon Fromm even if he is a dick for hosting us and driving us. I know you only did it for TANNA but still i appreciate it 😉
Ray and Annie for maybe the coolest 3 days of the whole trip. If that ain’t country?
And Josip at Be-mag for this opportunity to post my shitty memories.

ROLLERBLADING IS SICK AS FUCK!