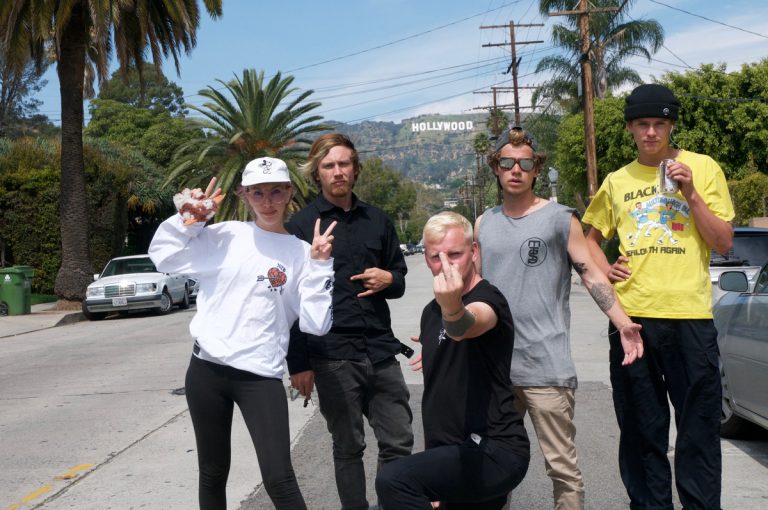 So time is almost there that TANNA is going home, just a few more days and we are finally free from his farting and snoring.
TANNA was hyped for everything, when somebody said I’m going out to get some bread and Pascal Tan a.k.a. TANNA was sleeping he would jump up from his bed and scream: WHAT WHICH LEDGE WHERE WHAT!!!! TANNA was turned on so to say. We have been filming for what he claims to be his best profile yet (we all know he cant skate but we let him believe in his dreams)
After every trick he would grab his phone and write down what he did and where so he could keep track what he needed for his edit.
So his last days where there and i noticed that i was kinda quite around TANNA.
There was no more plukje or slipje, he was less exited for stuff, could it be that TANNA was off?
None of this was true he just chose his spots and tricks wisely knowing that his energy level was going lower and he knew his list was long.
The DUDE and Derek Hall took us to some schools and ditches that are only to skate by import local Chris Couture that cries when you “poach” his spots. We had a good laugh about him followed by an unfollow on all social media. (Editor’s note: Be-Mag doesn’t condone such punk rock behaviour)
On Monday we drove to LA to skate for a day in the big city. LA is a mess, traffic is hell and spots are hard during the week.
We ended up skating court plaza that for me is a place that reminded me of all the old 411 skateboard videos I use to watch.
P-Rod and his team showed up to skate and one dude came to us to give us props for skating and filming. P-rod said that what that rollerblader was doing on the long ledge (soon to be seen in Pascal’s edit) was tight.
At first I felt looked at at a famous skateboard spot but that went away real quick and we collected clips, talked to some locals and enjoyed the steeze of P-rod and his boys.

We stayed at a guy I met last year working in Malibu for 30 seconds to mars. Phil invited us to stay with him.
We where all really tired of a long day and decided to sleep early since pascal had a early flight home, but not TANNA. He and Phil decided to go to 5 different bars and taste all their alcoholic beverages. Around 3 AM they came back in the house. With a lot of noise TANNA made it to the bathroom and disposed him self off al he had inside of him. A few hours later we woke him so he wont miss his flight. Frankly we didn’t want to be stuck with him any longer. We thanked Phill drove to the airport and got rit of TANNA.
All jokes aside it was a blast with Pascal on this trip. So much laughter and so many slaps in his face. TANNA we love you!!
The weather decided to fuck with us and gave us rain right when we found a spot. We decide to call it a day and Russell and Levi drove back to SD while Bee and I stayed in LA. We walked around downtown all day until we went by metro to Highland park where my good friend Justice (singer of punk and hardcore bands Angeldust and Trapped Under Ice) and his dog Spike live. We spent the night there and cuddled Spike while watching Jurrasic park 2.

The day after my home boy Casey who moved here from NC to become a hot shot actor picked us up to bring us to the best vegan donut shop I’ve ever been to, DONUT FRIEND.
Not only was their selection of donuts huge, the donuts where called after punk and harcore bands. Well this was mecca for me. After that we drove to Tuscin OC to Captured tattoo to get tatted by my friend Dan Smith.
It was a good week yet again.
Up next is TANNA’s profile!!!

Enjoy the pictures and for daily updates of our crazy and funny days go follow us all on instagram.
@cavin035
@russelldaysd
@beeamour
@adaptbrand
@levivrijn