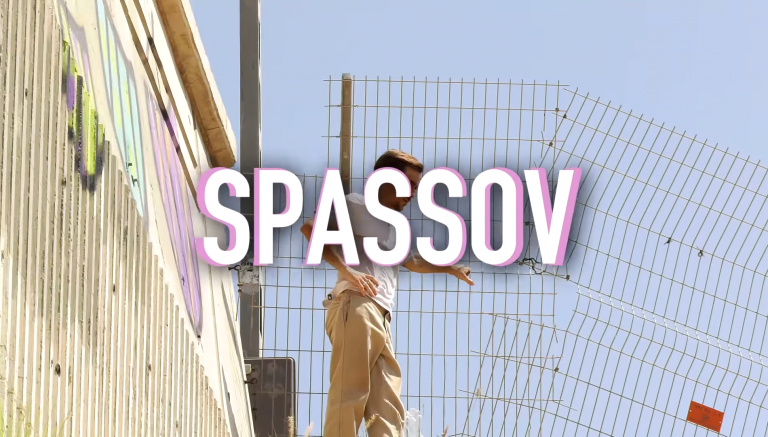 Bobi Spassov has had a meteoric rise in the world of rollerblading the last few years. From being a relative unknown skater from Kfar Saba Israel, through consistent social media posts skating his local skatepark and extensive touring throughout Europe and abroad, Bobi has created a cult-like following in the blading world. His unique skating style, which is often imitated but rarely duplicated, has ushered in new trick progressions and aesthetics and emphasized that it is not just what you do, but how you do it.

Bobi’s influence and dedication has earned him a much deserved spot on the Roces pro team and the opportunity to receive his first signature product in the form of a time-honored M12 skate. Featuring a putty colored boot with pink highlights, Bobi keeps the looks of his skate simple and classy.

To make a fitting promotion for his new skate, Bobi took his skills to the streets of Israel with Eryk Pilch and Omri Baum in tow and came back with this banger of a video that shows Bobi is not just the park shark that some may think he is. His street skills are undeniable and his ability to see potential in the most uncommon of spots is very refreshing to watch.

Congratulations to Bobi on all of his recent accomplishments and be sure to pick up his new signature skates which should be hitting stores very soon.

Follow Bobi and Roces on their social media pages and websites.