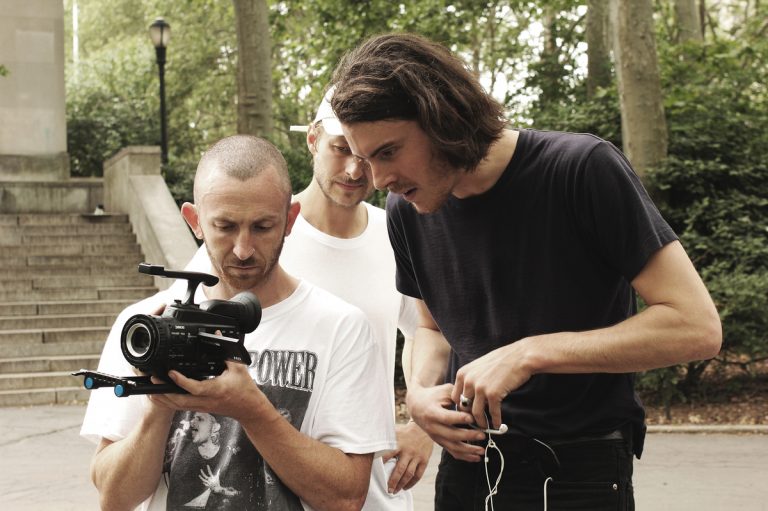 Stefan Brandow just dropped his Cult section, filmed by Sean Grossman in NY, and we let the other hard core person in the scene, Cavin Le Macon talk to Stefan. About everything, pretty much. 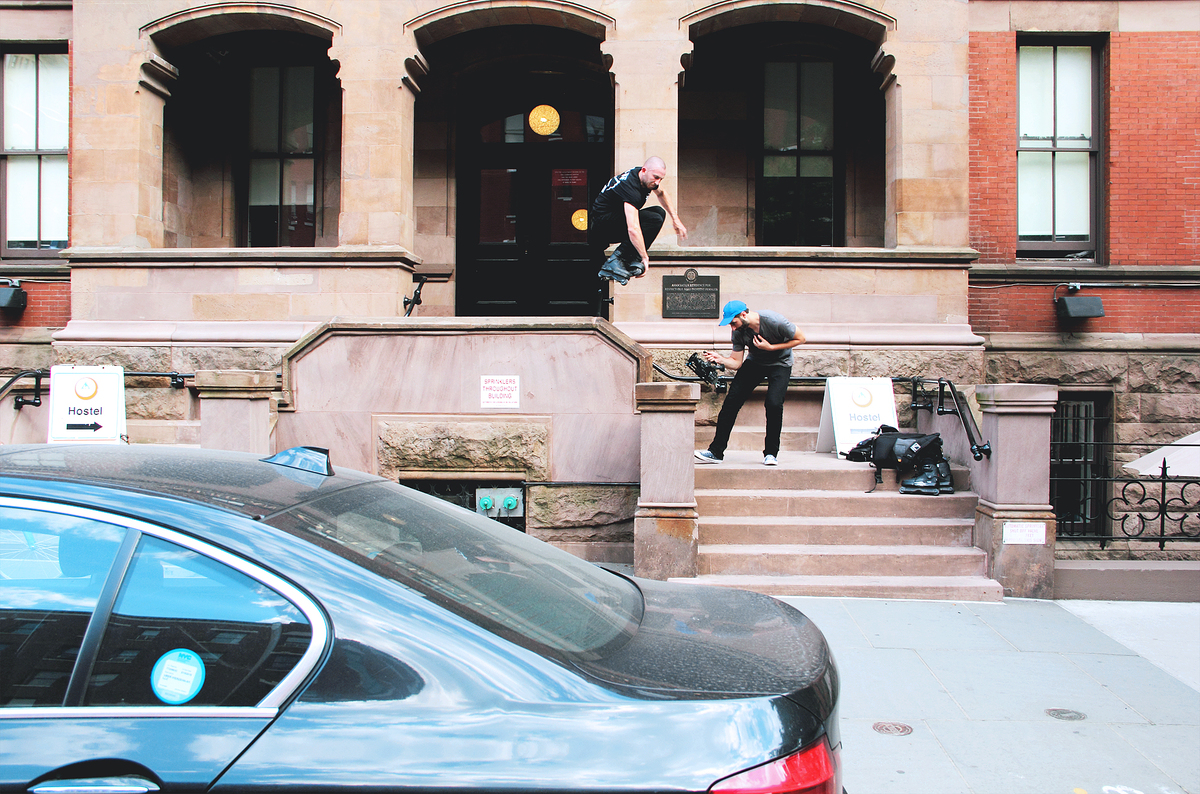 Whats good player. When we first met in 2014 you where living in upstate NY if I’m correct right?
You drove to Pittsburgh to kick it with me and we filmed some hardcore shows in PA and Long Island.

Where do you live now a days and what is your daily activity besides being a bad ass blader?
At that time when we first got to hang out I had just left Columbus because I had some great opportunities to travel and tour. Now I’m actually back living in Columbus working a little retail and still doing as many freelance design jobs as possible. I never have a normal day or normal schedule (aside from going to the gym at some point every day) and I wouldn’t have it any other way. Leaves me open to travel and do new things around me too.

I just finished watching your latest edit, man that was something fresh. Some high gabs in there. I see its filmed in NYC. Who filmed/edited it and in how many days is it filmed?
I spent 10 days in NYC with my good friend Sean Grossman who filmed most of the edit along with help from a ton of other friends from around the city. Any time I’ve gone there it’s only been for a couple days and it has never felt like enough. I had some time between work and designs jobs and said fuck it. It was super hectic (as NYC usually is) and sometimes felt like we were in a rush to get as much footage as possible while I was still in town, as opposed to how we session/film in Columbus which is getting one or two tricks perfect and exactly how you want them. I’m glad it all worked out how it did though. Got to skate spots in the city that I’ve wanted to hit for years, and got to spend time with a ton of old friends. 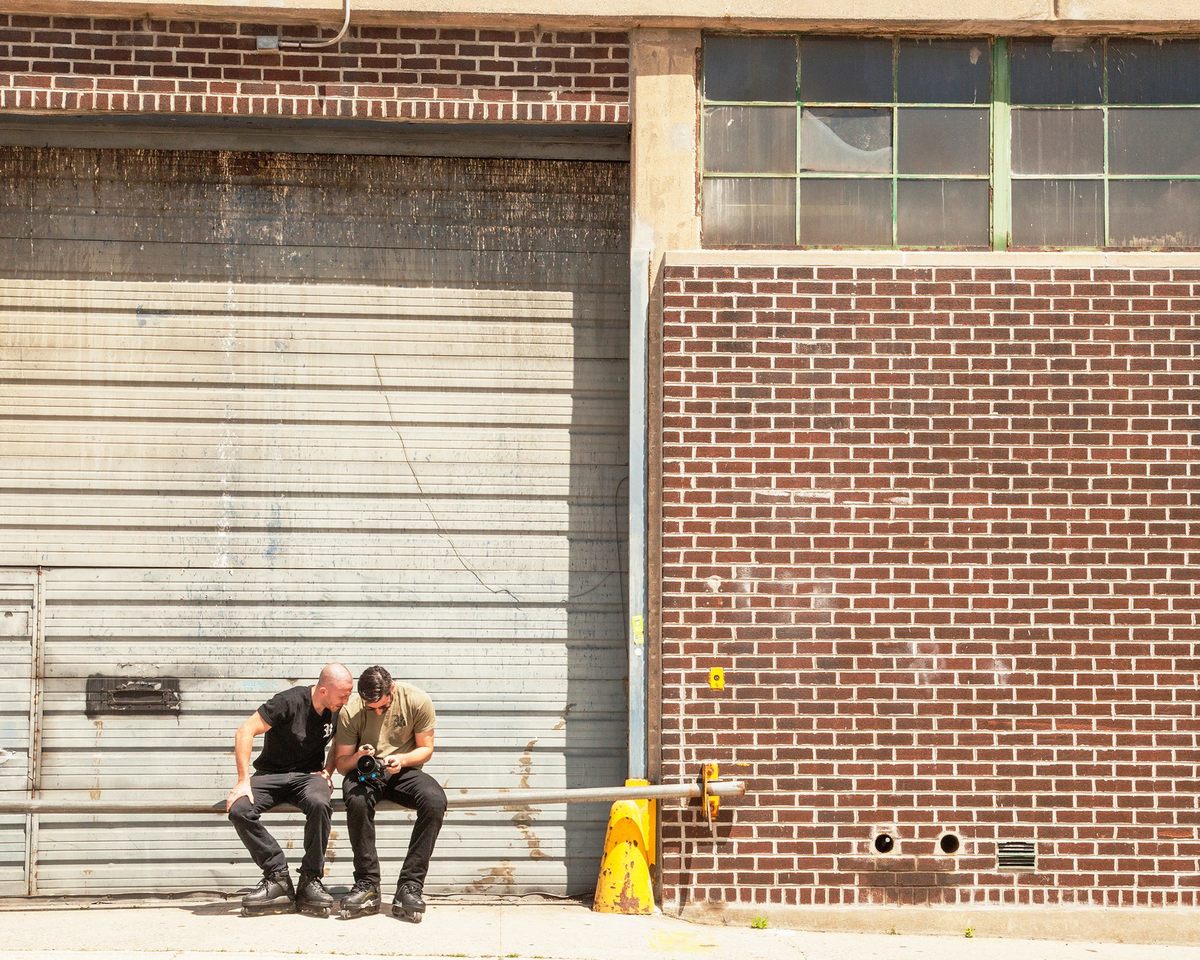 You and me met trough a mutual passion that ain’t skating. We are both Hardcore/Punk lovers. Do you think its hard to be a Rollerblader in the hardcore scene or the other way around? Do you see any similarities in both scenes?
I think if anything they’re extremely similar. They’re both groups of people doing something they love that is underground and outside the norm that other people don’t really understand. You’d think because of that huge similarity that they’d cross over more, but I’ve only ever met a very small handful of people who are really into both.

At the beginning of the edit you here a quote of WARZONE singer RAYBEEZ (R.I.P.) and i jumped out of my chair because i thought you will use the live in C.B.G.B,s version of AS ONE but than it went to another legendary NYHC band CRO-MAGS. Do you think the kids nowadays can understand this music under skate edits? The O.G’s all grew up with punk music under skate edits but now a days the music taste is pretty weak if I may say so. Is this why you use hardcore music in your edits?
You might be the only blader who would know both the live sound clip AND the song itself. I always tell people that music (first and foremost) and things I’m into outside of rollerblading are what shape me and my skating. Rollerblading isn’t my life and the way I skate isn’t inspired by the rollerblading community itself. I’ve wanted to use the Cro-Mags song I used for awhile now, and being able to film a full part in NYC made it even more obvious it was time to use it. Music is such a big factor in making a part and for the longest time I was scared to use the music I was really into for fear of people not liking it, but I make parts and edits for myself because they’re insanely fun to make and a great excuse to travel. 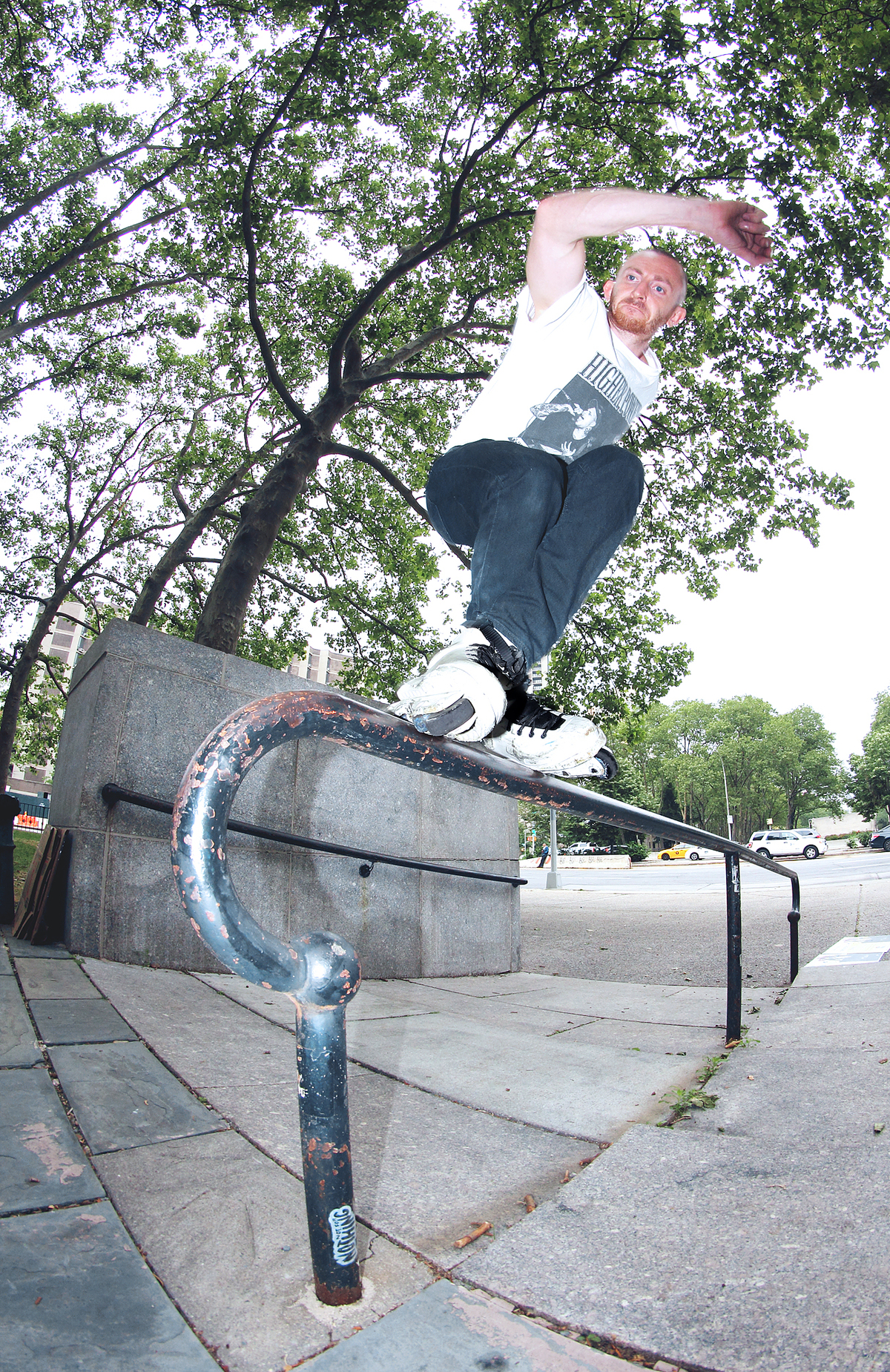 Give me your top 3 fav old school hardcore bands and new school. Educate the kids because i know some kids out there don’t like trap or techno.
I’ve got to go Top 4 current new school bands. Judiciary, Power Trip, Turnstile, and Mizery. People don’t like them because of how quickly they got popular but Knocked Loose is also amazing too. Top 3 old school bands would have to be Cro-Mags, Carry On, and Terror. And I’m only counting the last two as “old school” because they were around way before I got into hardcore and because I love them both.

BRIGADE is your new clothing brand that dropped a few months ago. How is it going with that in our poor industry? Any new stuff coming out soon? Any new riders on the team?
Brigade is doing well enough to keep itself going, which is great. I wanted it to fill a space in the industry that in my opinion was missing and use it as an opportunity for the dudes involved to have an outlet to create whatever they want, whenever they want. The Summer line is actually dropping in a few days, as well as us introducing Brian Weis and Jeph Howard to the team.

You, Sean Grossman, Cameron Talbott, Brian Weis and Jeph Howard sound like a sick team. Any chance to get at least a 20 minute team edit out there some day? I’m down to spend some time in your shitty country to film all of these guys?
It’s actually a thought I’ve had for next year. Everyone is super busy this year working hard on a bunch of really tight projects so I just want everyone to have fun, do their thing, and not feel obligated to force out content just because. Some trips definitely need to happen next year, especially if you come out with us!

As a punk kid do you get much involved with the Trump bullshit in your country? Dutch and German punkers (mainly in the 80s/90s) are known for their really active and direct (sometimes violent in peoples eyes) actions against their government to get their opinion through to them (which actually worked a few times.) Do you think a country as big as USA with states that are almost countries for us can have a punk scene like this? Would it affect the government if there where more riots on the streets instead of protest walks? (personal opinion here as I don’t think marches solve anything).
I actually try to stay as far away from anything involving politics or hot button topics as possible. I don’t think most people of ANY age in this country are mature enough to discuss differing opinions on important issues. I have my strong opinions on a lot of things, but that doesn’t mean I need to shout them out or tell people how I feel about them. I feel like that is more hurtful than helpful here. I do wish there was a bit more militant approach from citizens to specific issues and situations. It’s a very weird time here. I feel like a lot of the wrong things that are happening with our country and government are so hidden from us that people have no way to get angry about them because they don’t really know whats going on, so there isn’t much for a punk and hardcore scene to get angry about in that sense. People are still making amazing new music though. Most all of my favorite bands have come out with records recently or are coming out with records soon. The new Incendiary record is incredible and they like to get political from time to time. 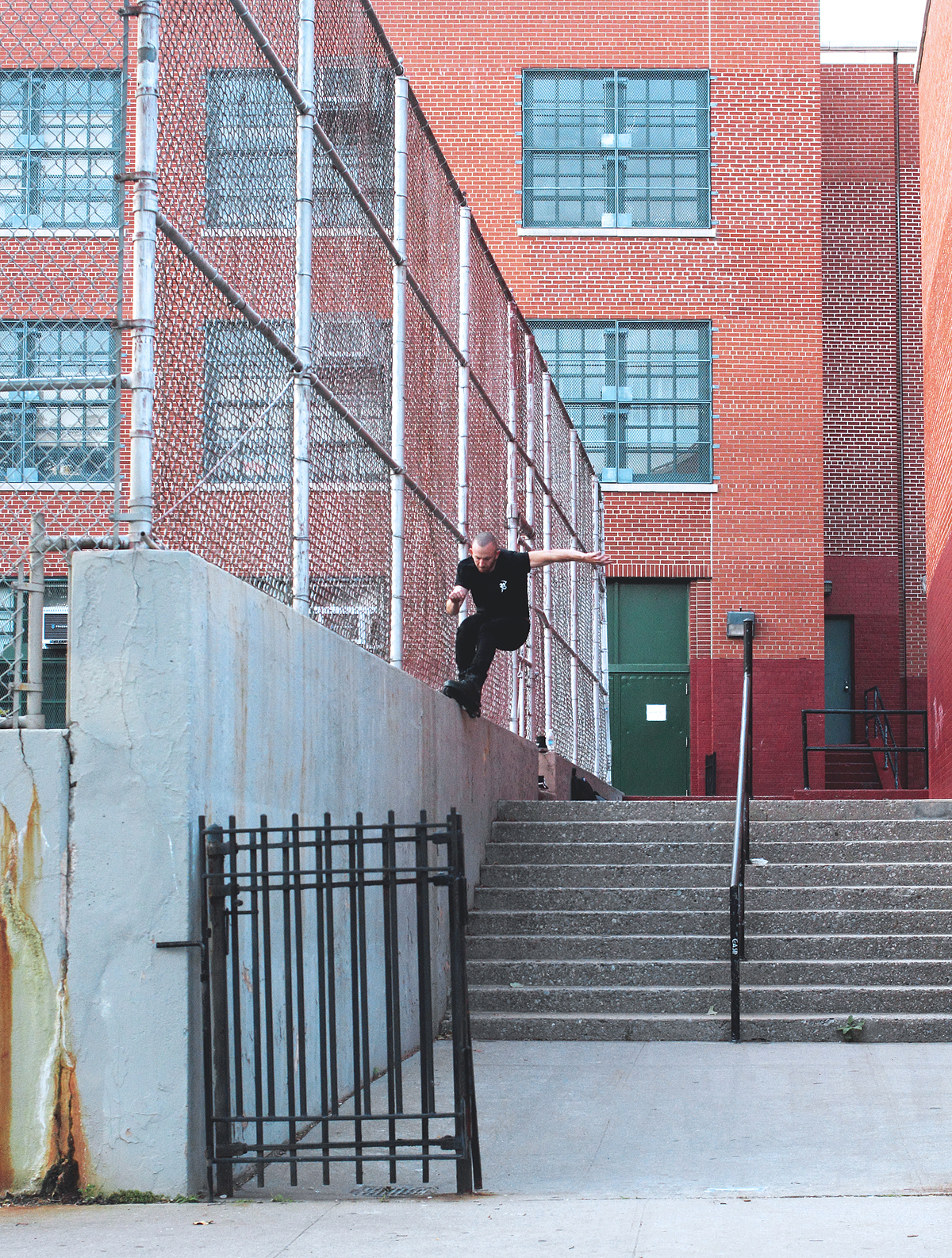 We can talk for hours on how our scene has no money or how a lot of people are internet warriors but fuck the negativity. Let’s talk Toby Morse. Let’s talk PMA (Positive Mental Attitude). What in the blading scene do you think now is best and keeps us together?
The rise of social media has changed everything. It’s so easy to see what your friends all over the world are doing and skating now and to feel more connected to them and be inspired. I also love that so many people are finally starting to get creative on skates and are more accepting of creative skating. I think the fact that we’ve lost so many people makes the community feel even more tight-nit. I can still go to random cities all over the US or even the world and have couches to sleep on (even though it may be harder with everyone having significant others and 9-5 jobs now that we’re all older).

You have been skating CULTS for a while now, I remember the Southerscum guys making a CULTREVOLUTION hashtag and you where one of the first to be on there. Do you think Razors saw your skating and that of a few other diehard Cult believers as a sign to bring them out again like they do now? Who are your favorite CULTers out there now?
It’s been almost 3 years on Cults for me now and it’s hard thinking about skating anything else. Cody Reffner and Ryan Parker from Pittsburgh were actually the original reason I tried them out. The fact that not long after that Chad was pushing the Revolution idea to Razors definitely helped them be okay with my transition. I love that more people are into them but I definitely think there could still be a bigger push. Just seeing how many people skate the V13 I think the Cult could easily compete if not take it over with some more marketing/product releases, but I also completely understand that they aren’t Razors main focus and that other models will always come first. My absolute favorite dude riding Cults right now is Jordan Williams. He’s found the perfect mix of modern blading mixed with old school. Ray Kronenberg will always be that fucking dude. So raw and SO good at ever facet of blading. I’m super hyped Ryan Parker is back on them as well since he was one of the people that convinced me of how good the skate was in the first place.

Name mine and your favorite lead singer in hardcore. (if you fuck up we aint friends no more)
If you don’t stage dive for papa Scott Vogel of Terror we can’t be friends. 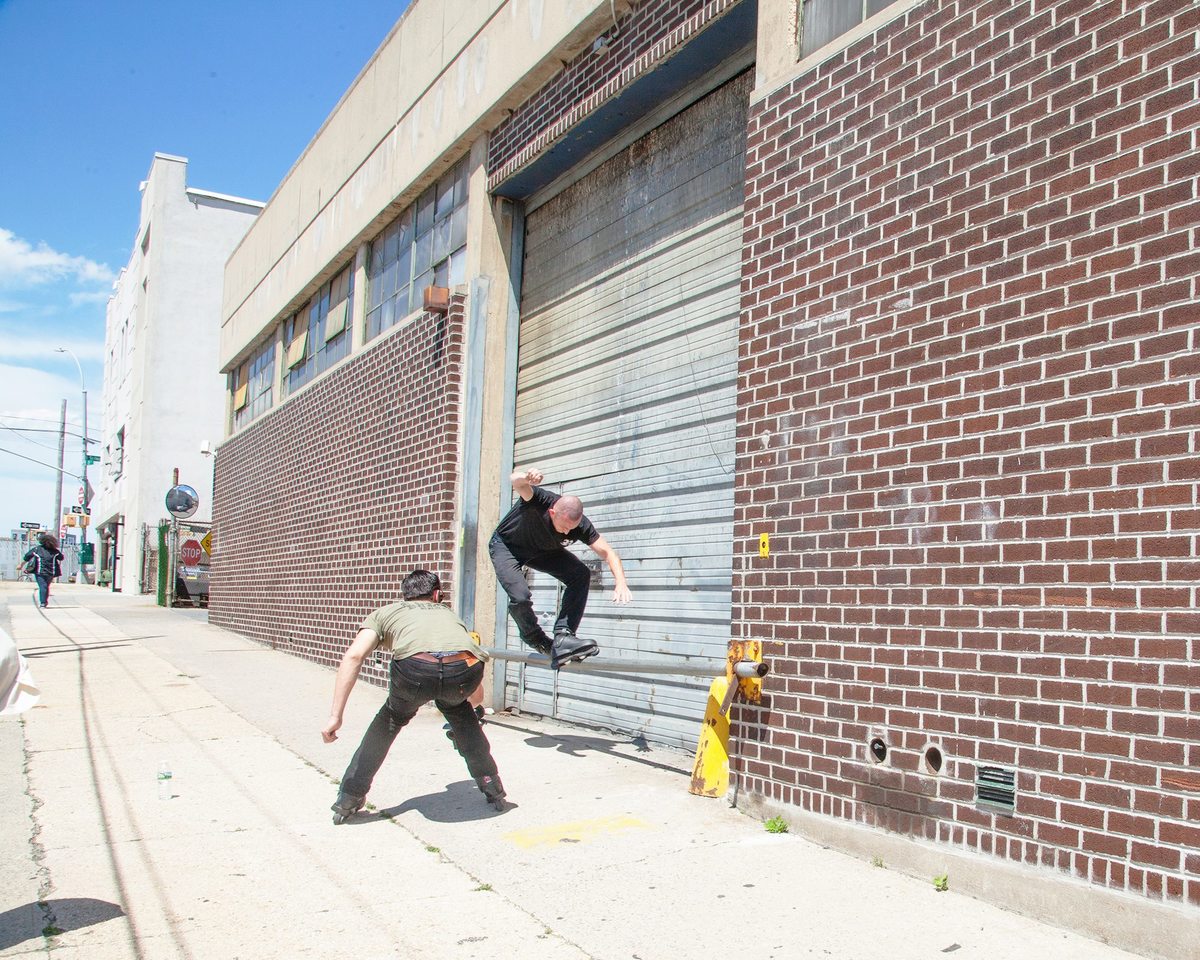 Any last words or shout outs?
Sean Grossman first and foremost for his hospitality and letting me stay in his new place for almost two weeks. It was super rad to feel like I lived in Queens even if only for a little bit. Everyone in NYC who made time in their busy lives to come out and session or chill or help film. Geoff Acers and Razors for always being super down with what I do and letting me do it the way I want to. Cavin for being a kindred spirit and always being down to discuss blading and music together. Anyone who’s representing blading in their own way and not tearing other bladers down. We need each other. Be open to someone else and how they skate. It may not be what you’re into but that doesn’t mean they’re a horrible person or deserve hate in any way. 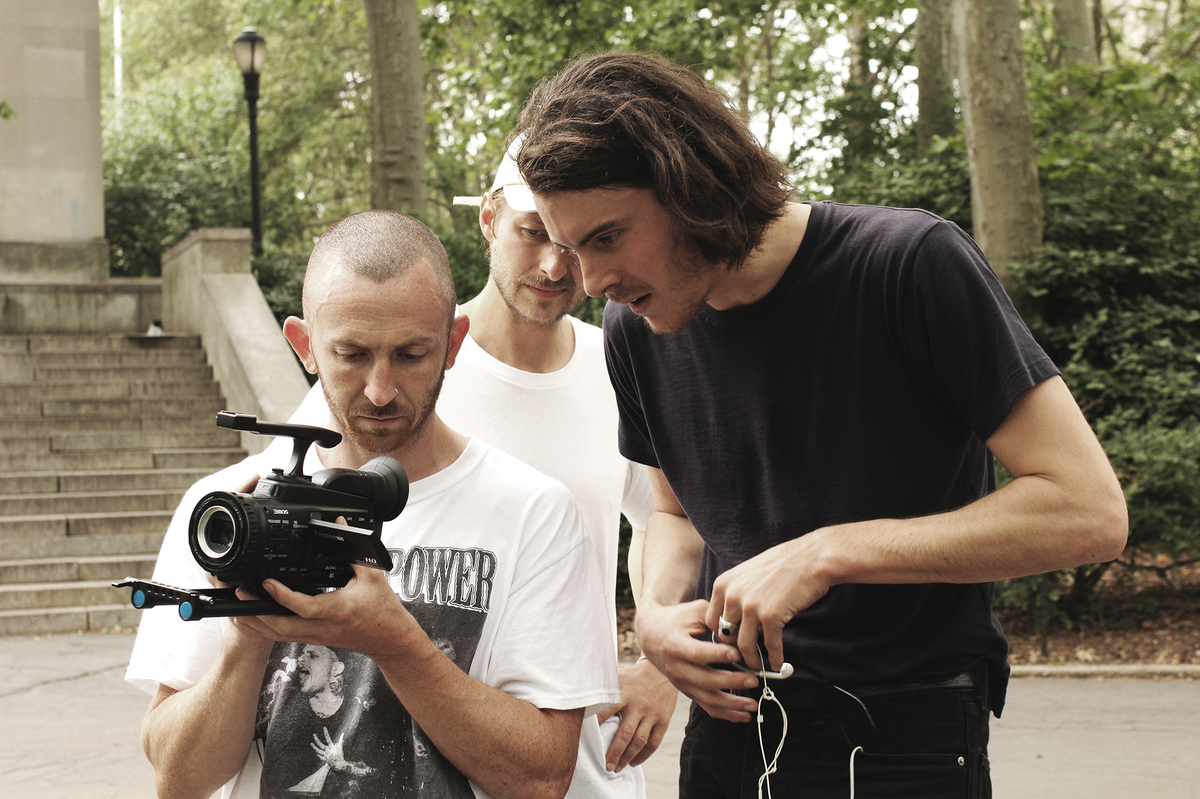 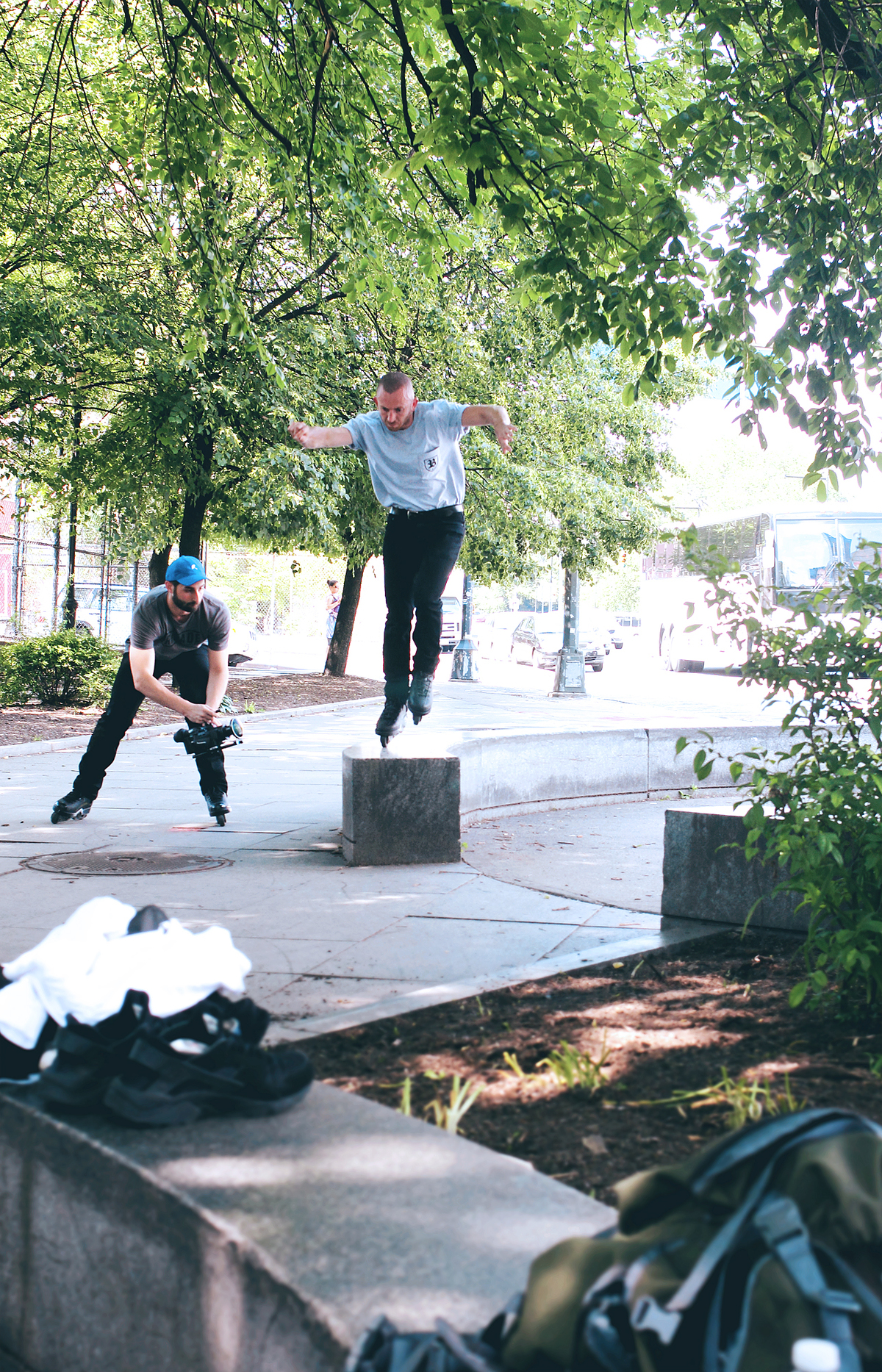